Below is a snapshot of what Year 3 have being doing in school. Click on Year 3 photos to see more photos and details.

Year 3 have been getting creative with their First World War topic by recreating the trench system using objects and resources found in the classroom! The models had to include both an ally and an enemy trench, no man’s land and some soldiers. The children’s tunnels ran for miles and they even included rats in their models, closely followed by the cats and dogs that were trained to catch the rats!

This half term, Year Three have been searching for missing secret agent Jimmy Pond but they have now discovered that many more agents are also missing and they need their help! The missing agents have sent the children descriptions of their locations to see if they can help to find them so they've been researching the different geographical features of the 7 continents. Their beautiful artwork will give you a clue as to where they found Operative 003! The children's next mission involves a location much closer to home so they've started by drawing maps of the local area to help with their search. 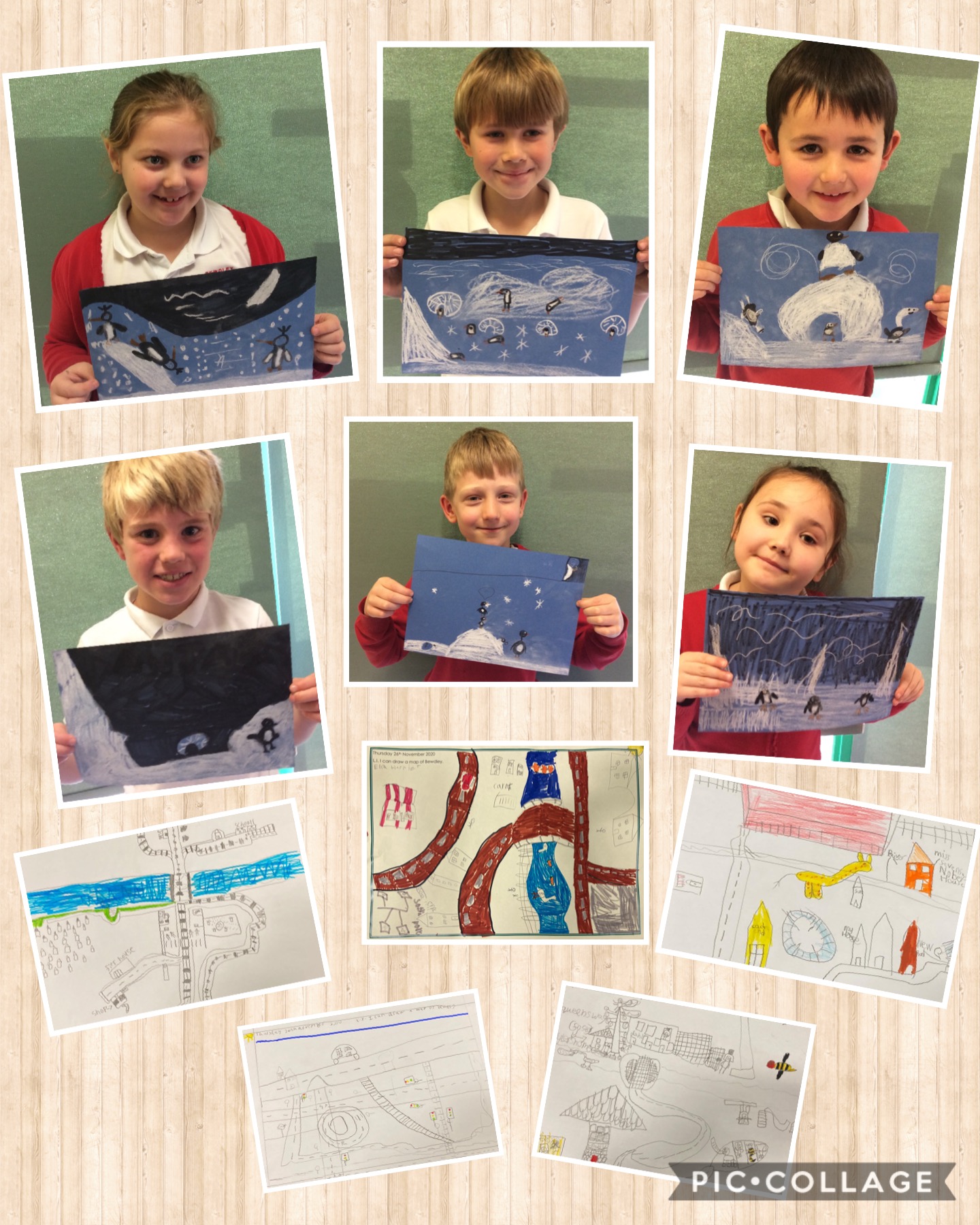 Year Three may well be ‘working from home’ at the moment but that hasn’t stopped them creating some amazing Remembrance Day artwork. They’ve used a range of materials and imaginative formats to create their poppy art, including baking, computer graphics, Hama beads and finger painting. 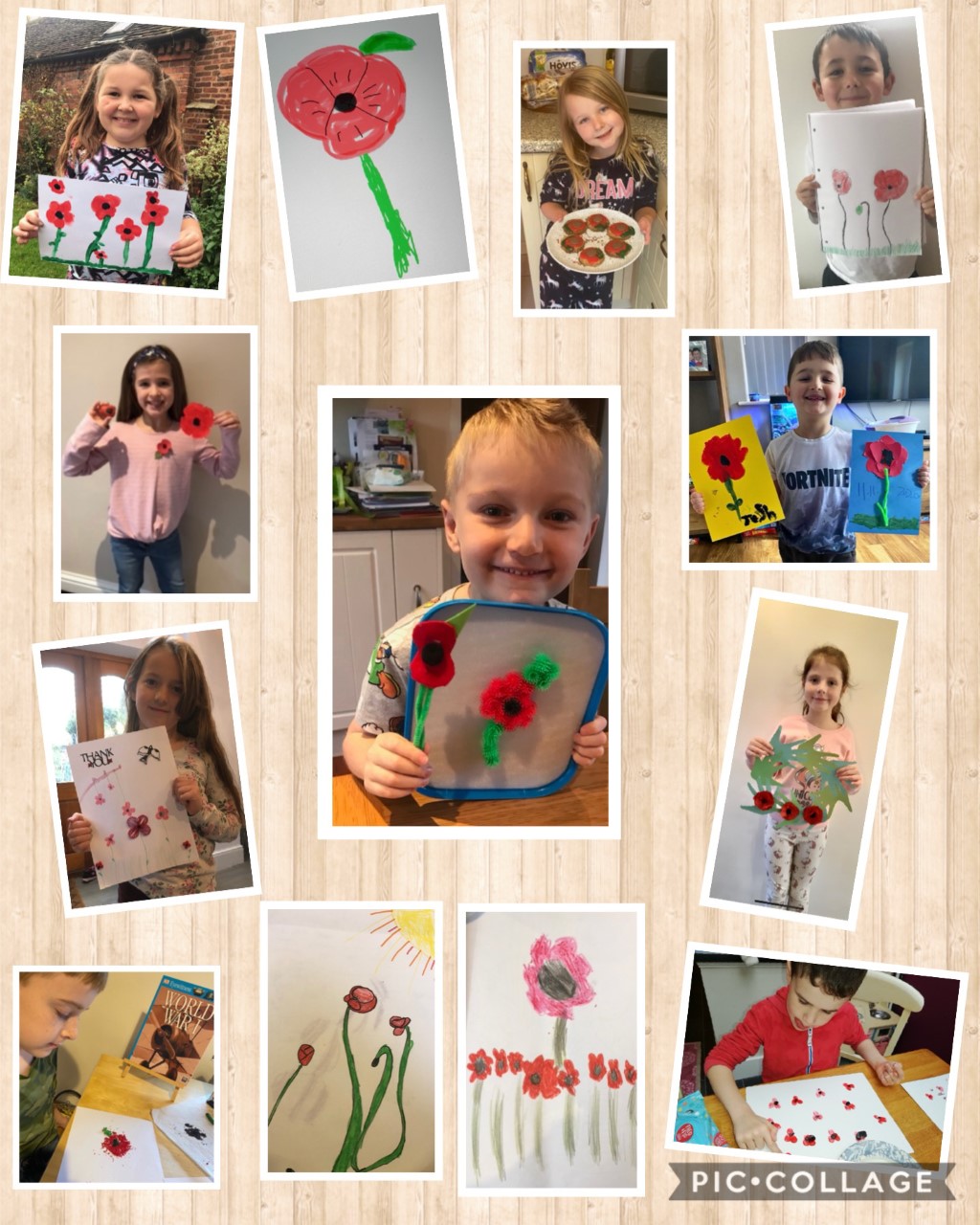 Year Three had the most fabulous Viking Day today as they were transported back to 793 CE/AD to take part in a whole range of brilliant activities. Olaf the Beardless guided them through an epic battle with the Anglo-Saxons which the children, sorry, which the Vikings, absolutely loved!

Thank You to all of the parents and carers who helped the children to really get into the spirit of things with their fantastic costumes. 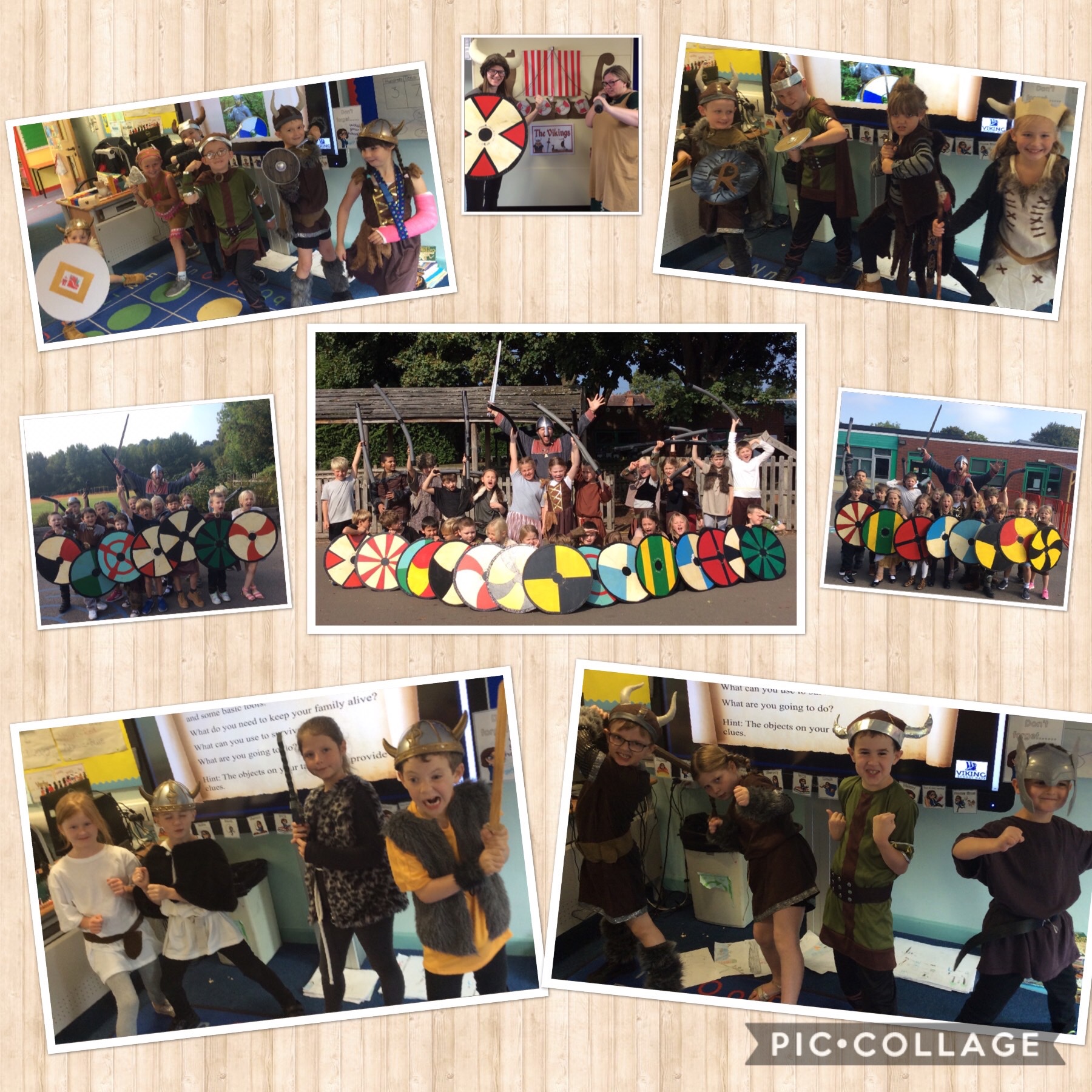 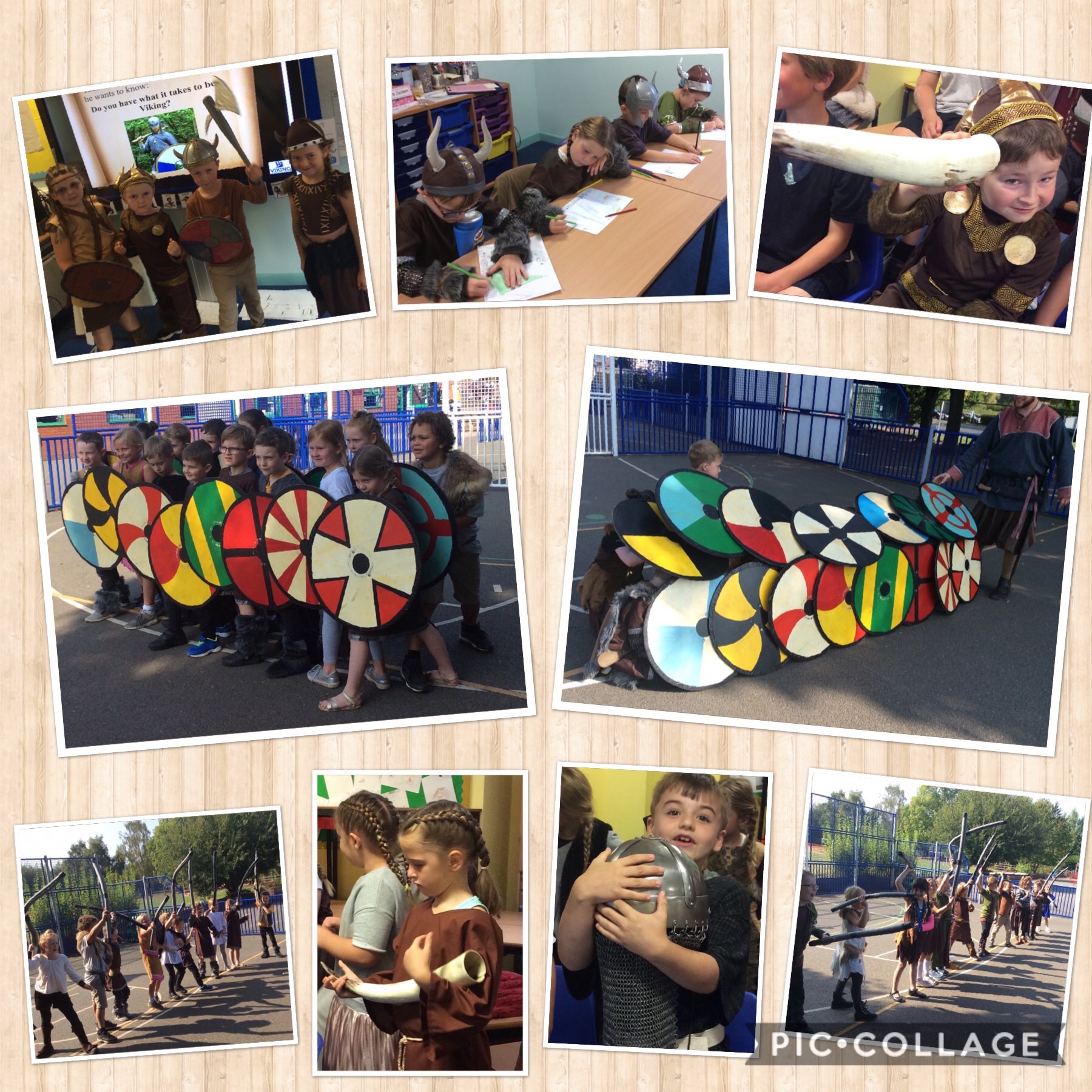 Year Three have had a great time with their PE lessons this week! Although they had lots of fun with their games, their main target was focusing on the balance between competitiveness, enthusiasm and losing gracefully! 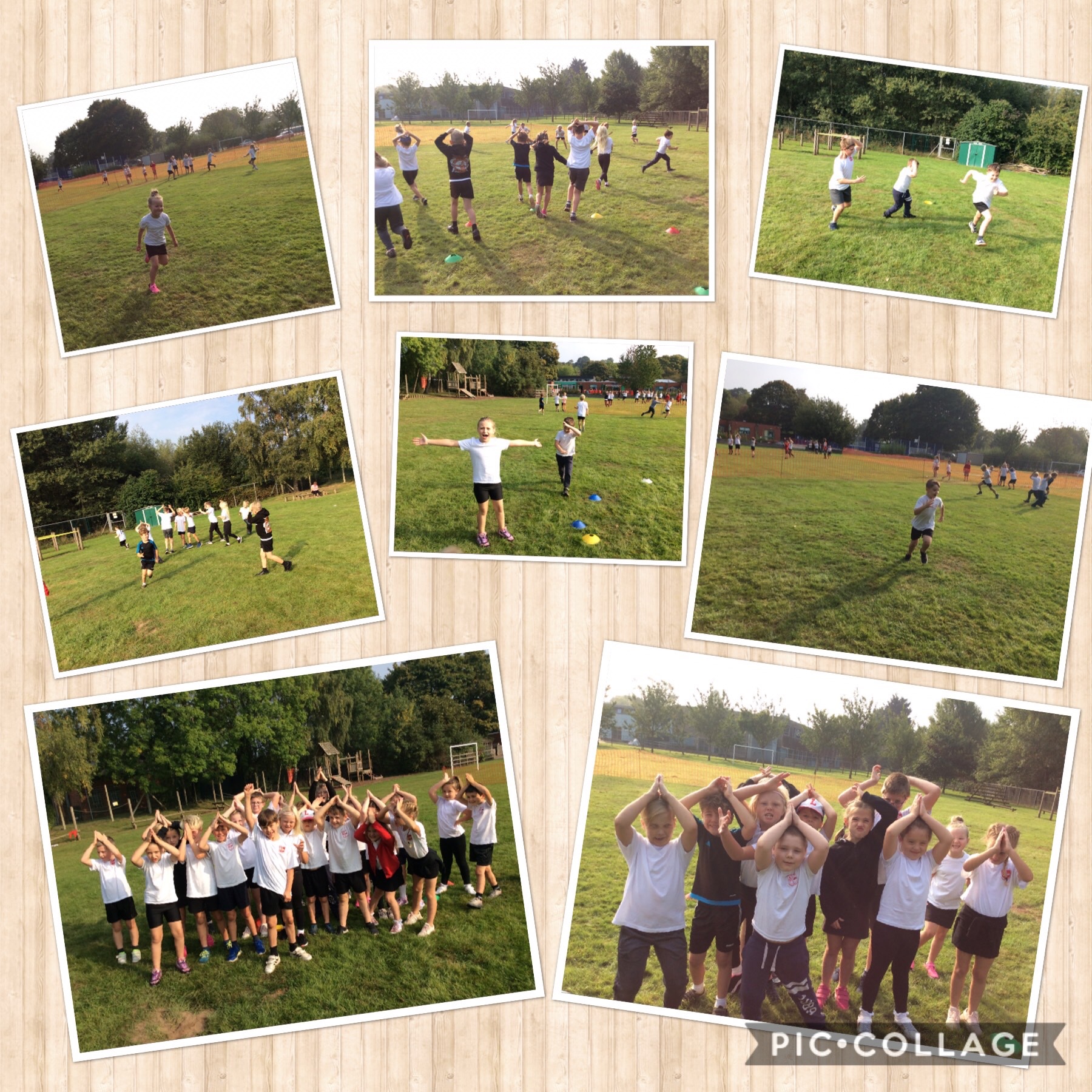 Year Three have been getting stuck into their Vikings topic by creating their own spine poetry. As you can see from the photos, we appear to have quite a few talented performance poets in Dahl class! 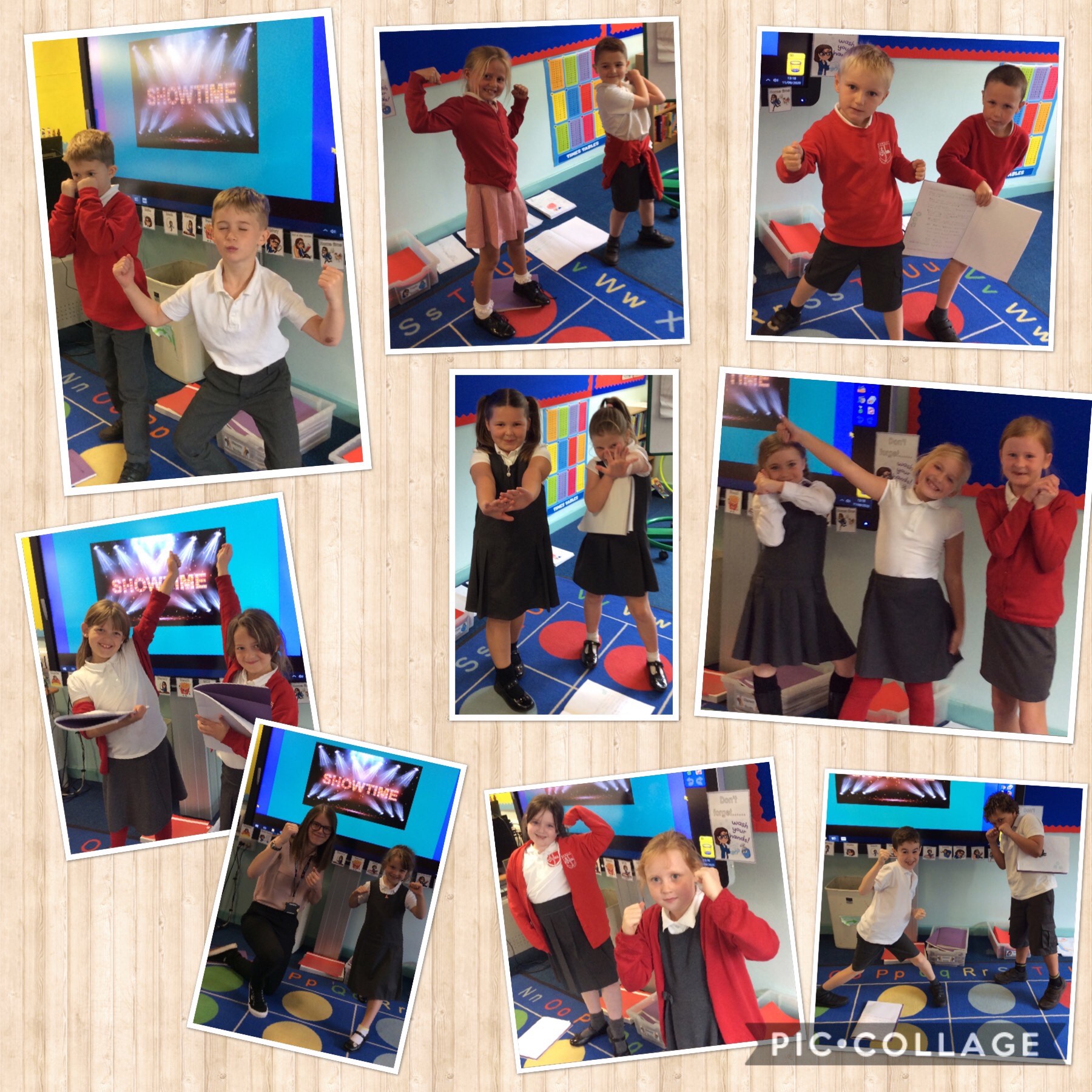 The children in our Year 3&4 Key-Worker Bubble have been carrying out a whole range of science inquiries including: how we use our muscles to jump; how far sound can travel; which materials are best to slow down a toy car with friction; and how air resistance and flight are linked. The group created their own investigations using resources they found around the classroom and focused on ensuring that all of the experiments were performed fairly. 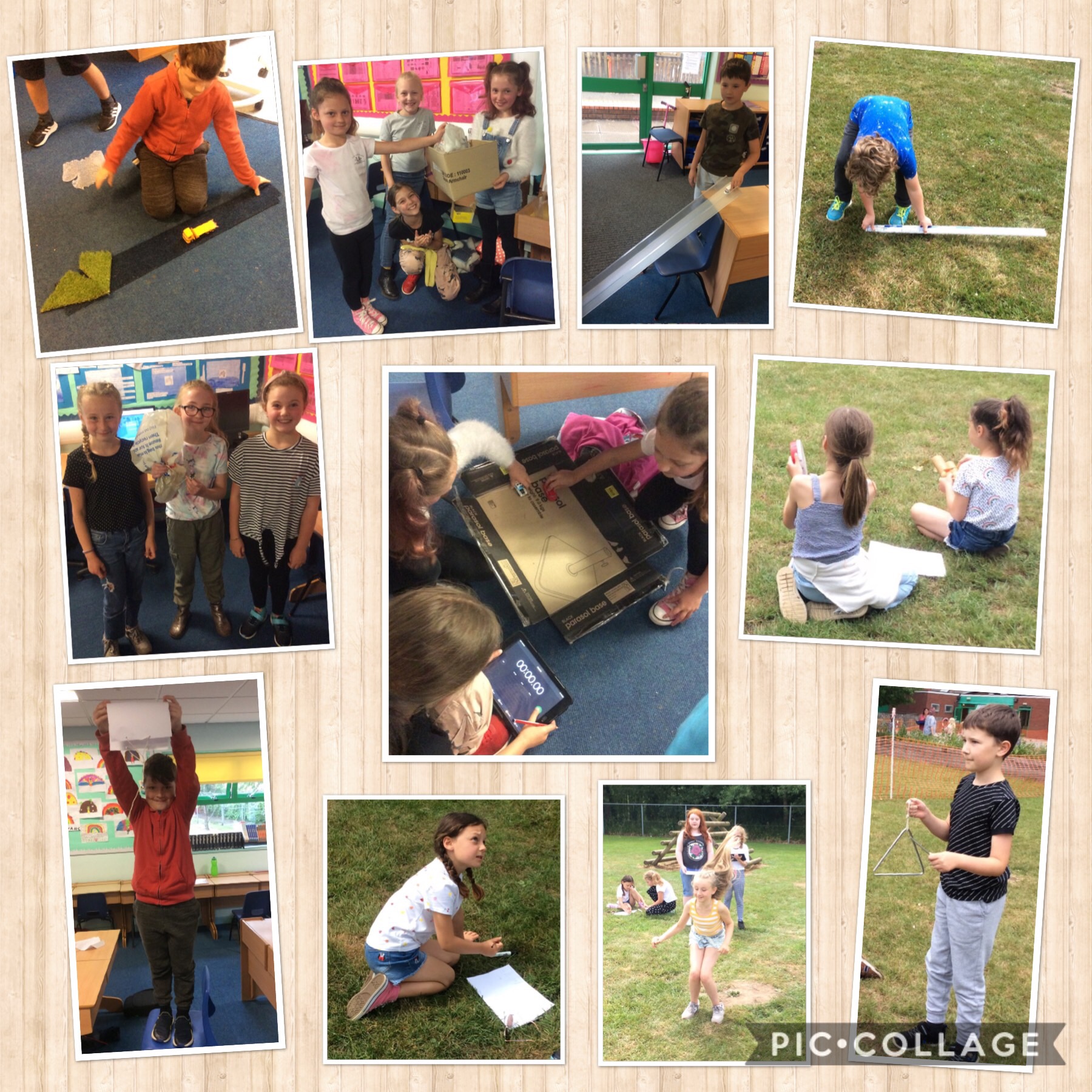 Although the rest of the country is preparing to celebrate VE Day and the end of The Second World War tomorrow, our Year Three children are saying goodbye to their parents as they’re being evacuated to the country! 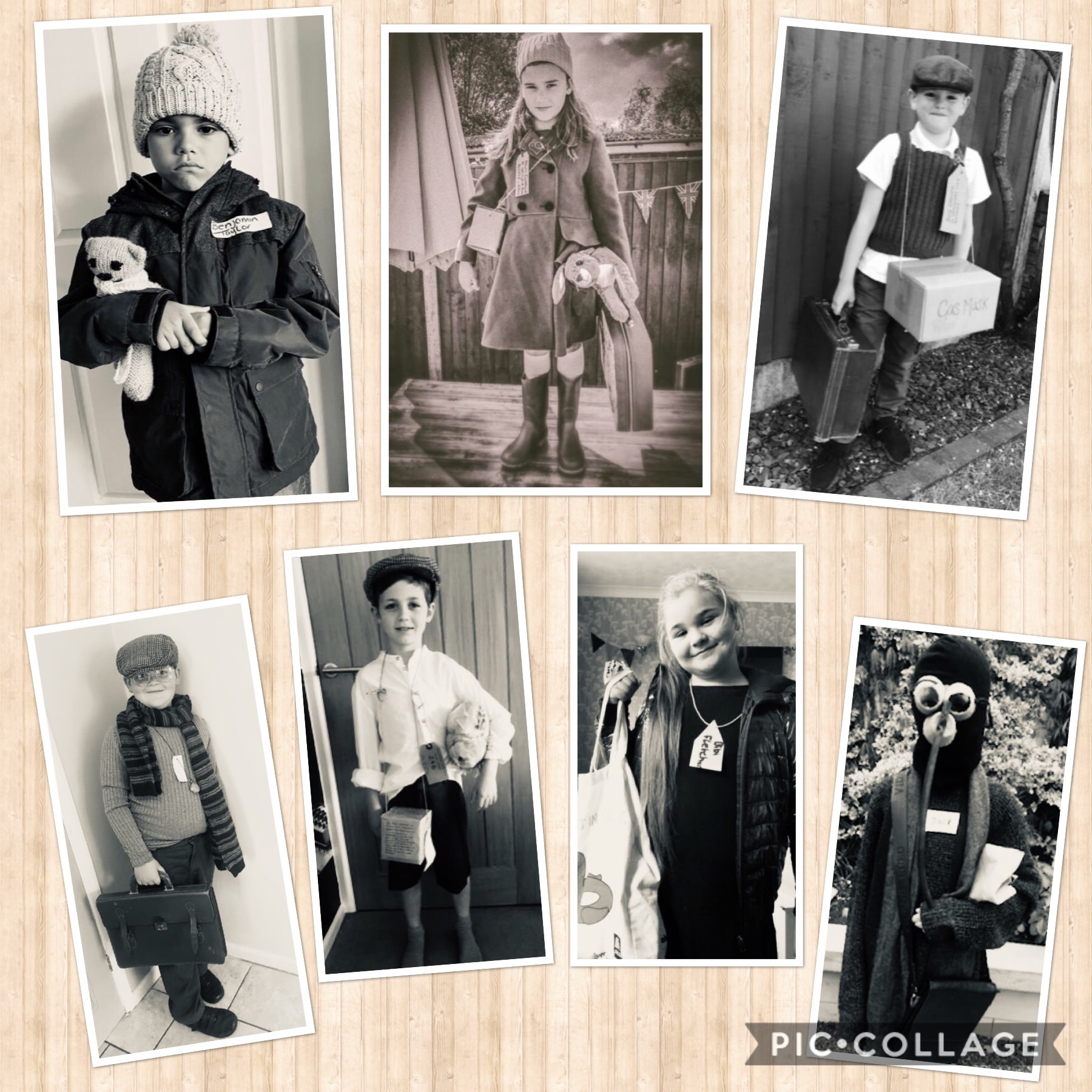 As part of their Second World War topic, the pupils in Year Three have excelled themselves with their recreations of Anderson shelters as part of their home learning. The children researched and planned their models before making them from recycled materials. It’s great to see the wide range of models alongside all those smiling faces! 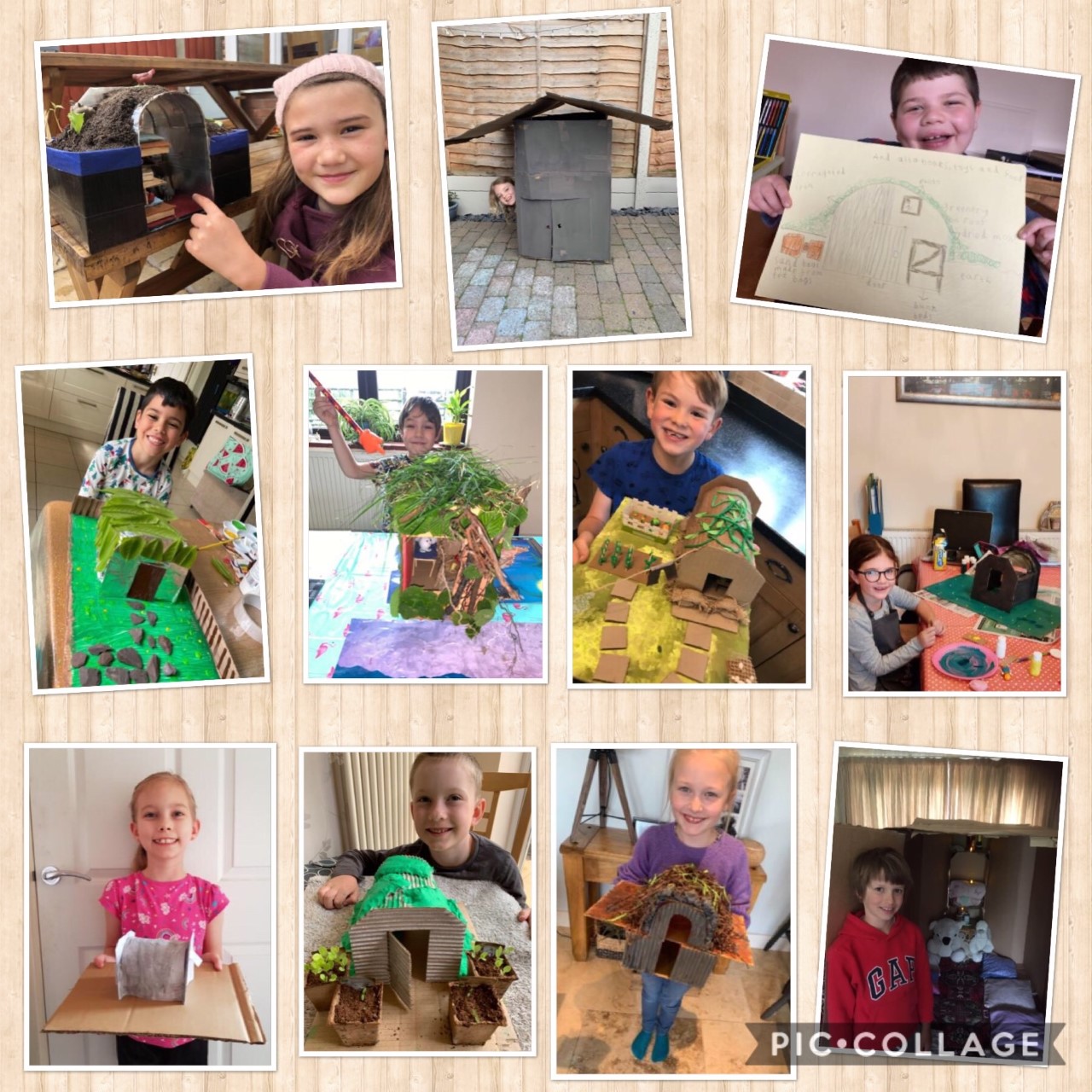 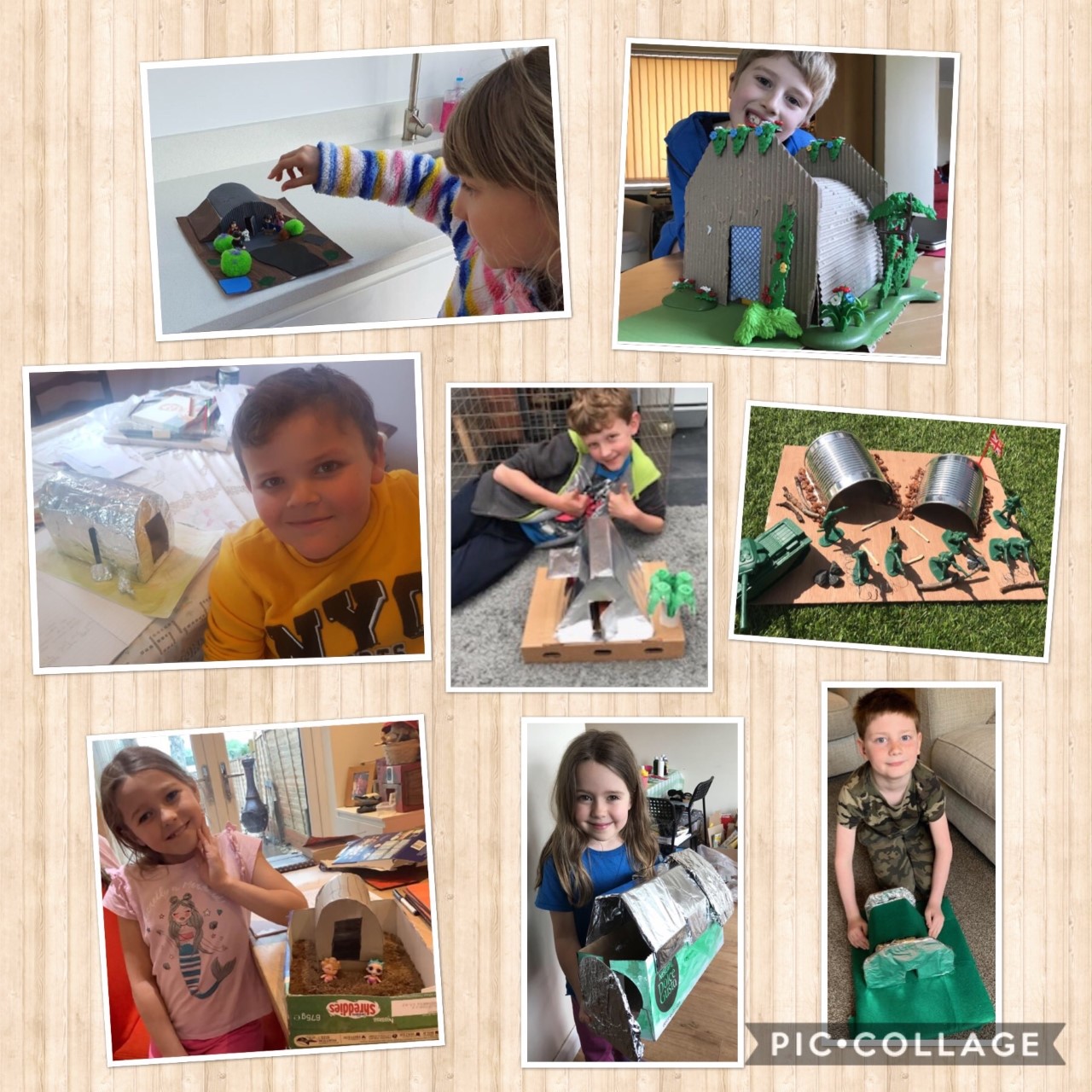 Year Three have made an excellent start to their Second World War topic which has kicked off with the children researching which countries were involved in the war and then plotting them on the world maps. They then identified the locations of the Allied and Axis Powers on the maps that they've created. What a great start, Year Three! 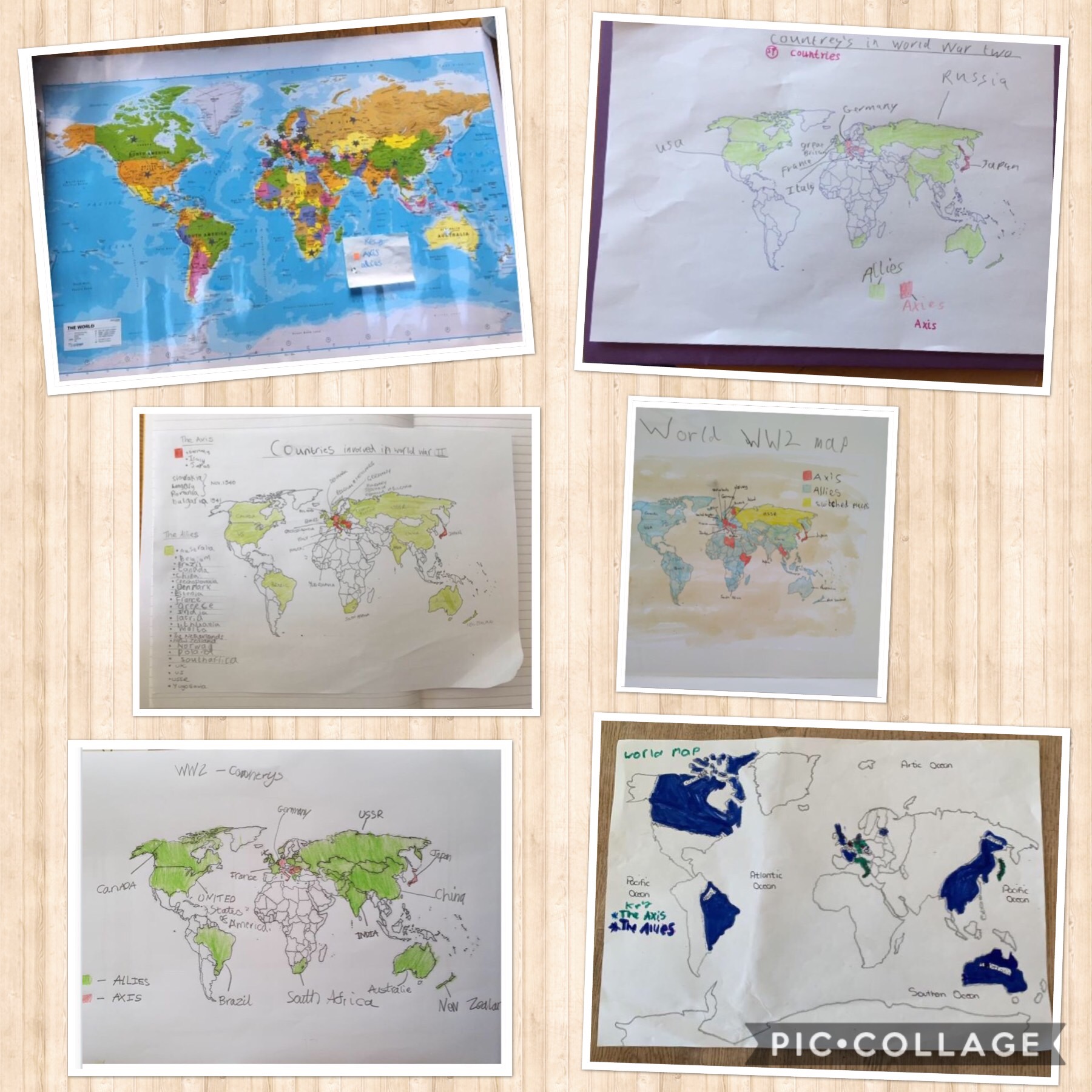 Years Three and Four have thoroughly enjoyed learning about parallel and perpendicular lines, thanks to the artist Piet Mondrian! Using Mondrian’s artwork as their inspiration, the children created their own geometric art using using a range of mediums. 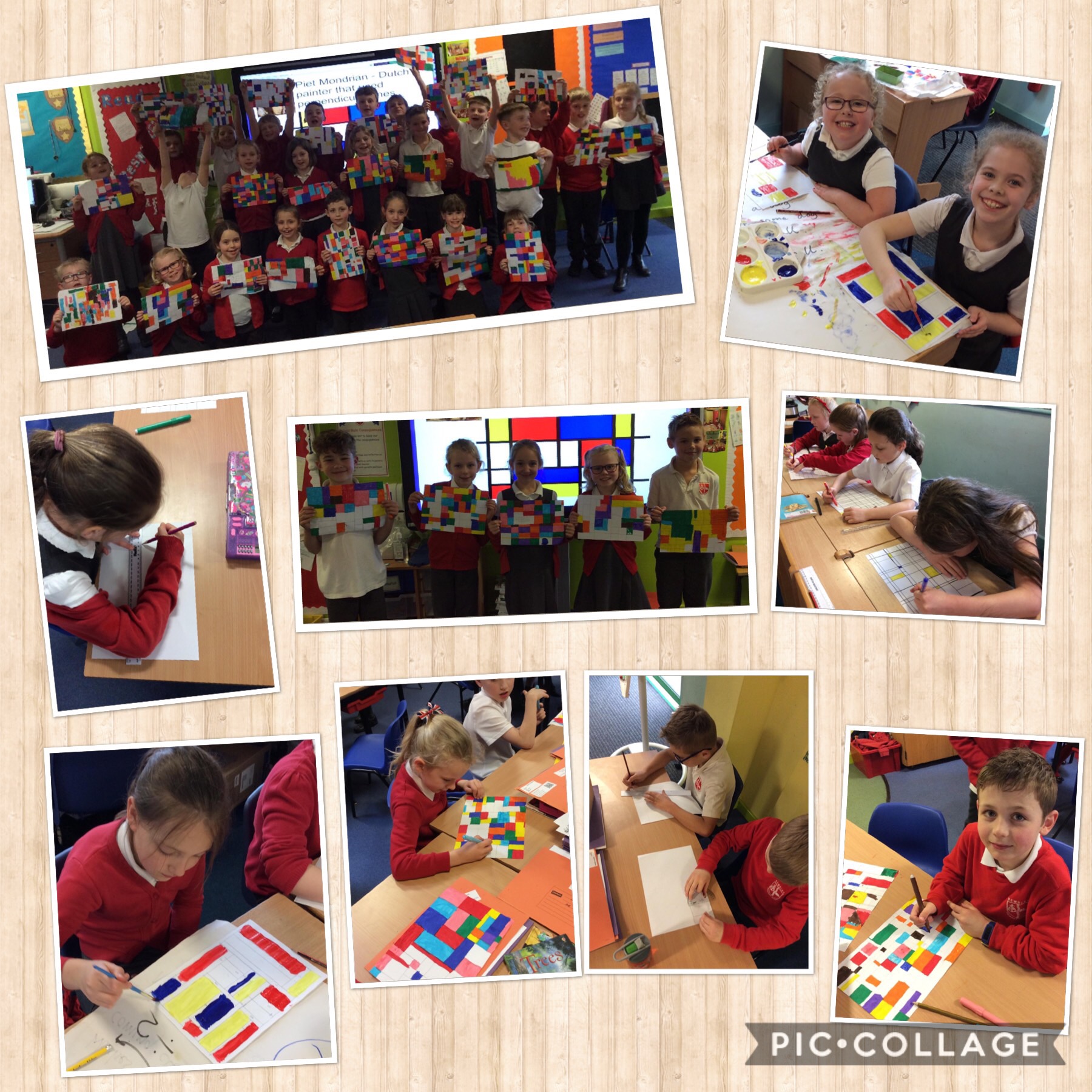 As part of their ‘Flower Power’ topic, Year Three have been planting a range of seeds in recycled containers. They are going to make an environmentally-friendly planter to go outside and they’ll then transfer their flowers over to brighten up the school! 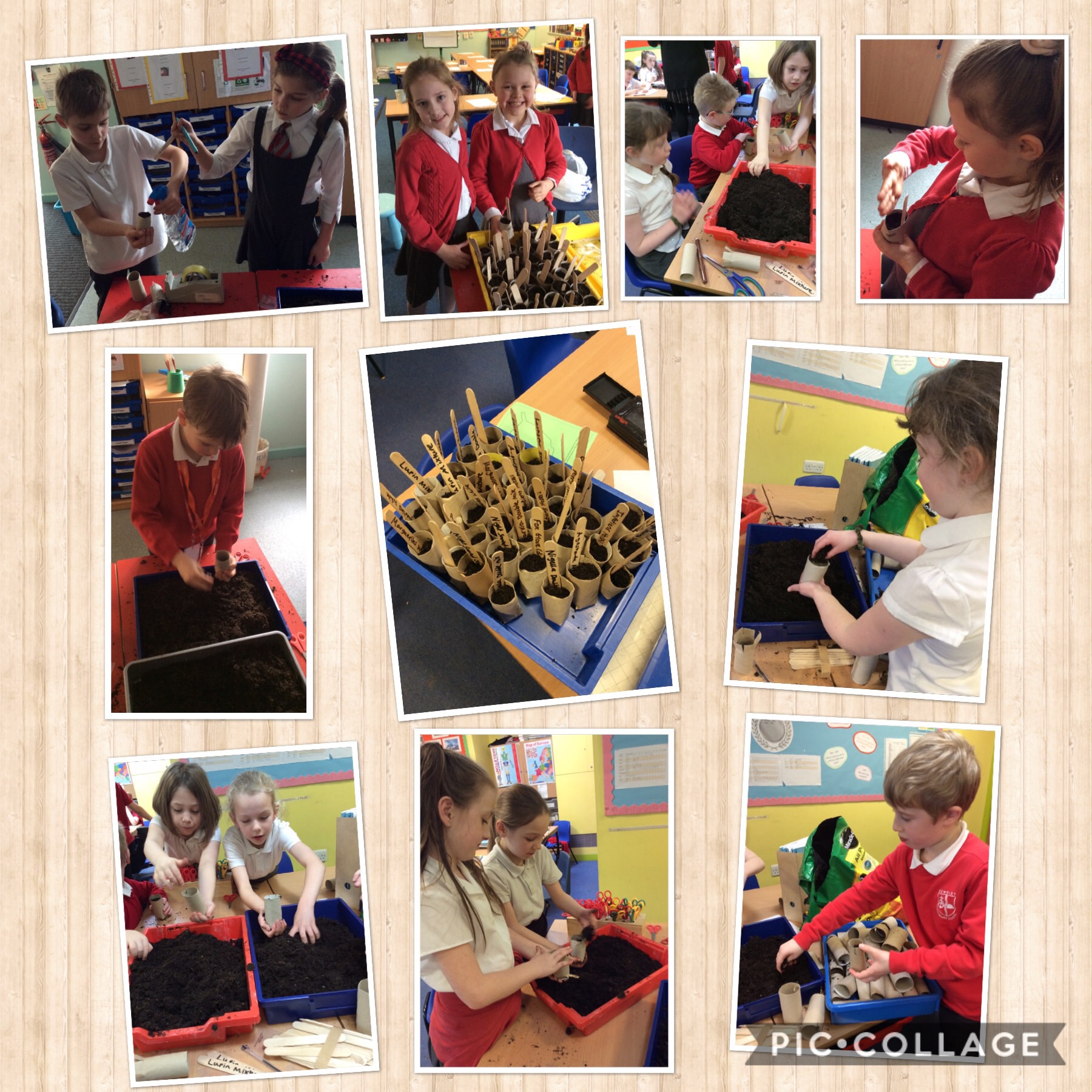 A team of children from Years Three and Four had a great time orienteering at Stourport Dome this week. Although it wasn't a competitive event, they worked brilliantly together and worked hard with children from other schools to make the most of the festival. Most importantly, the organisers of the event were keen to share that the children from BPS were exceptionally well mannered and enthusiastic. 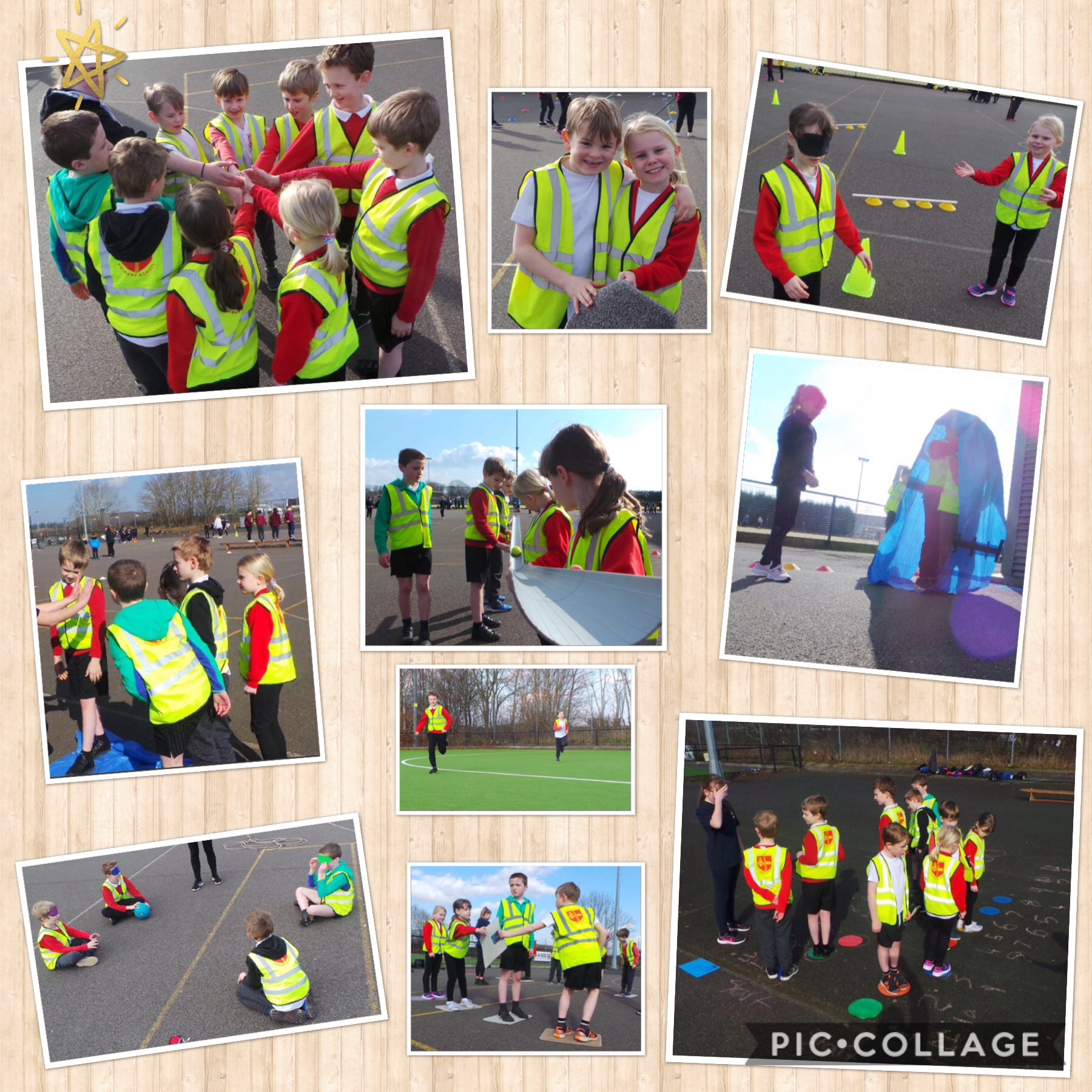 'Beneath Our Feet' topic

Year Three would like to thank Dr. Carl Stevenson, a structural geologist from the University of Birmingham, who visited them as part of their ‘Beneath Our Feet’ topic. The children had a great time as they explored a variety of volcanic rocks and had the chance to be Rock Detectives as they tried to classify them. They also learnt more about the day to day life of a geologist and the different skills that are needed for this career path. 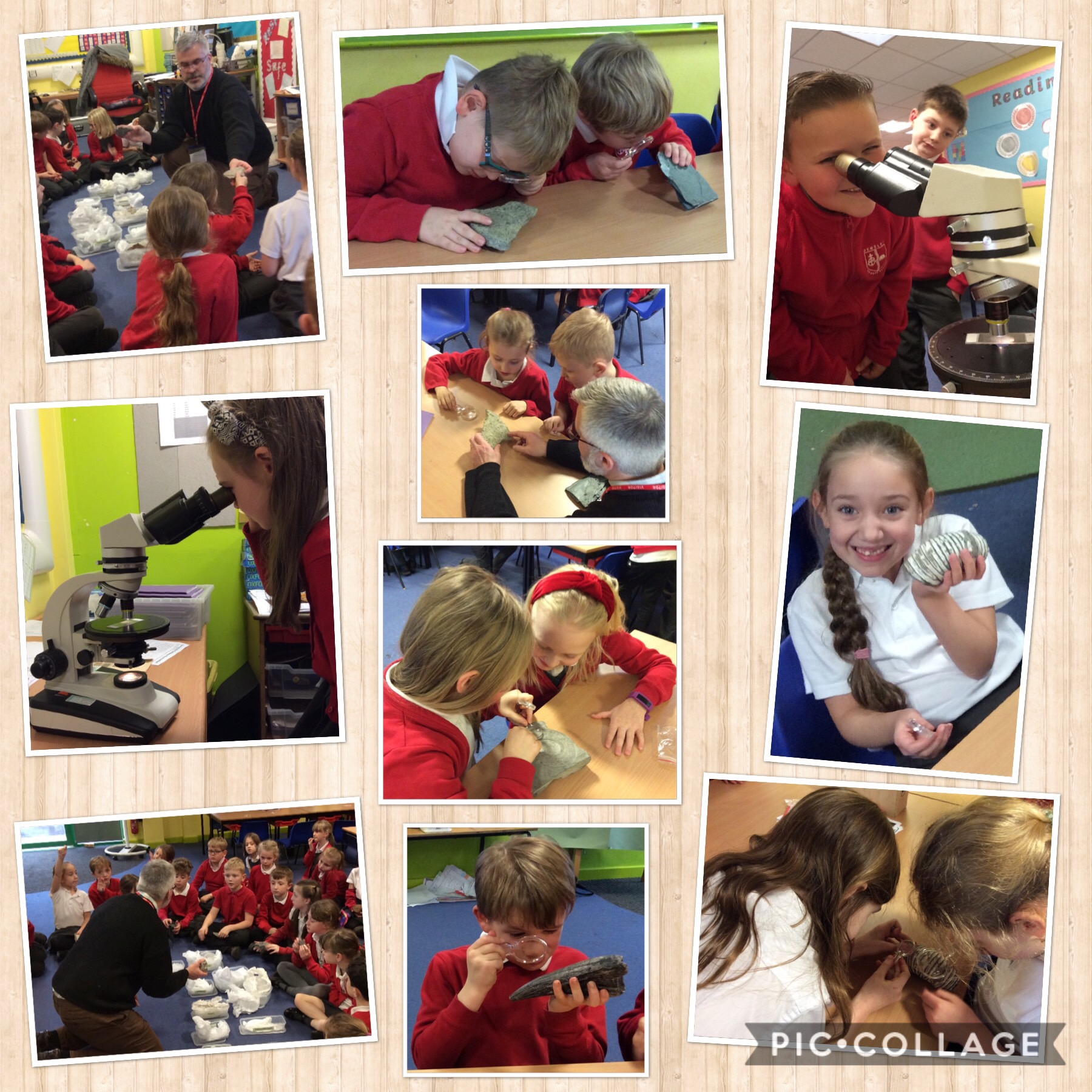 Our school hall has been filled to the brim this Christmas, with 14 fabulous performances being staged over the last couple of weeks. Whether they were watching our 3-year old Nursery’s first nativity or Year Six’s last, all of our audiences were treated to confident, energetic and heartwarming performances.
Thank you for not posting your own pictures of the productions on social media. We are able to do so on our own website and Facebook page as we only share images of children whose parents/carers have given permission to do so. 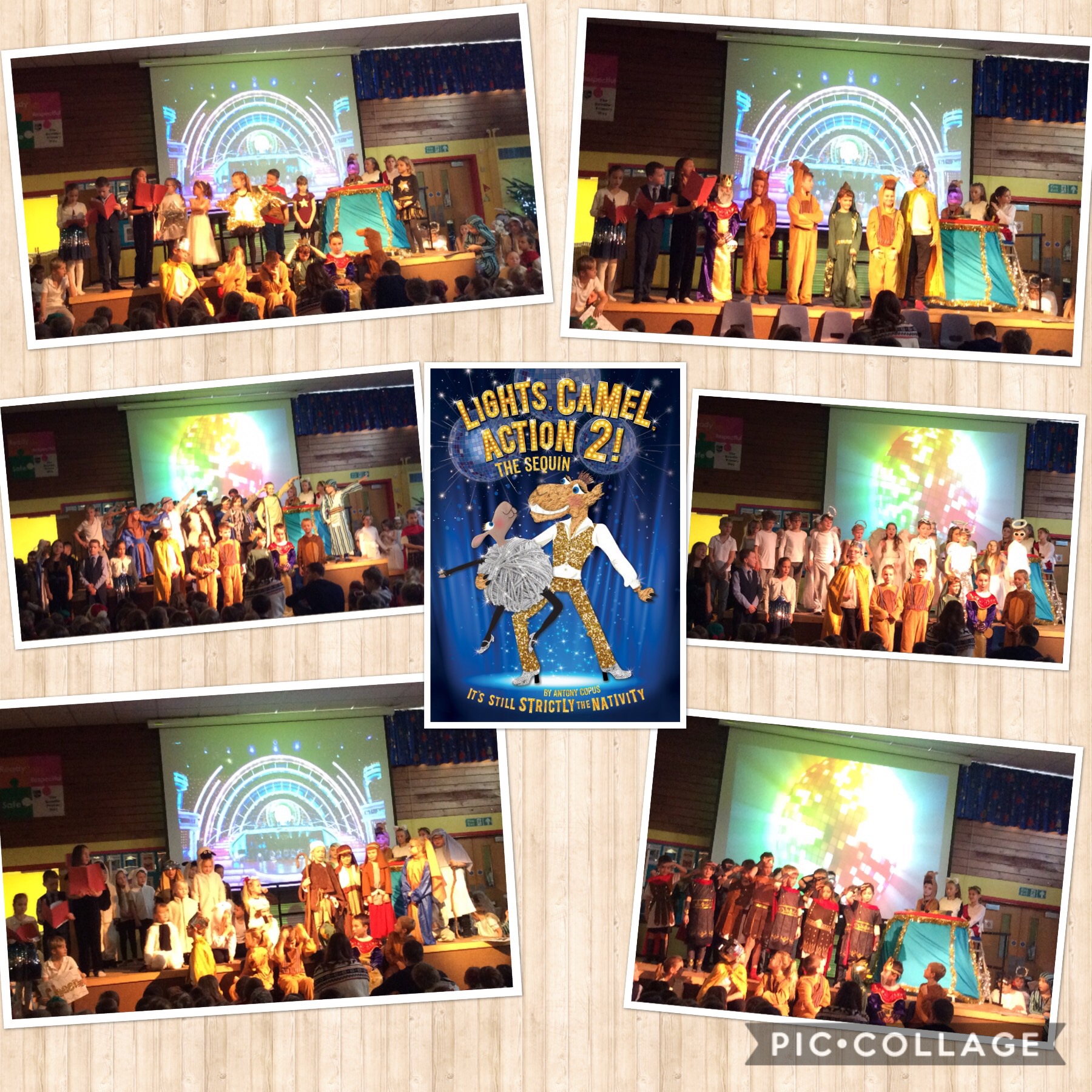 Year Three had to deal with the unfortunate arrival of an extremely powerful hurricane which caused destruction and devastation throughout the region. The children had to decide whether they were going to leave their homes (the classrooms) or head for the evacuation centre (the hall) and justify why they had made those choices. They then spent the morning finding or building shelters and entertaining themselves without electricity. 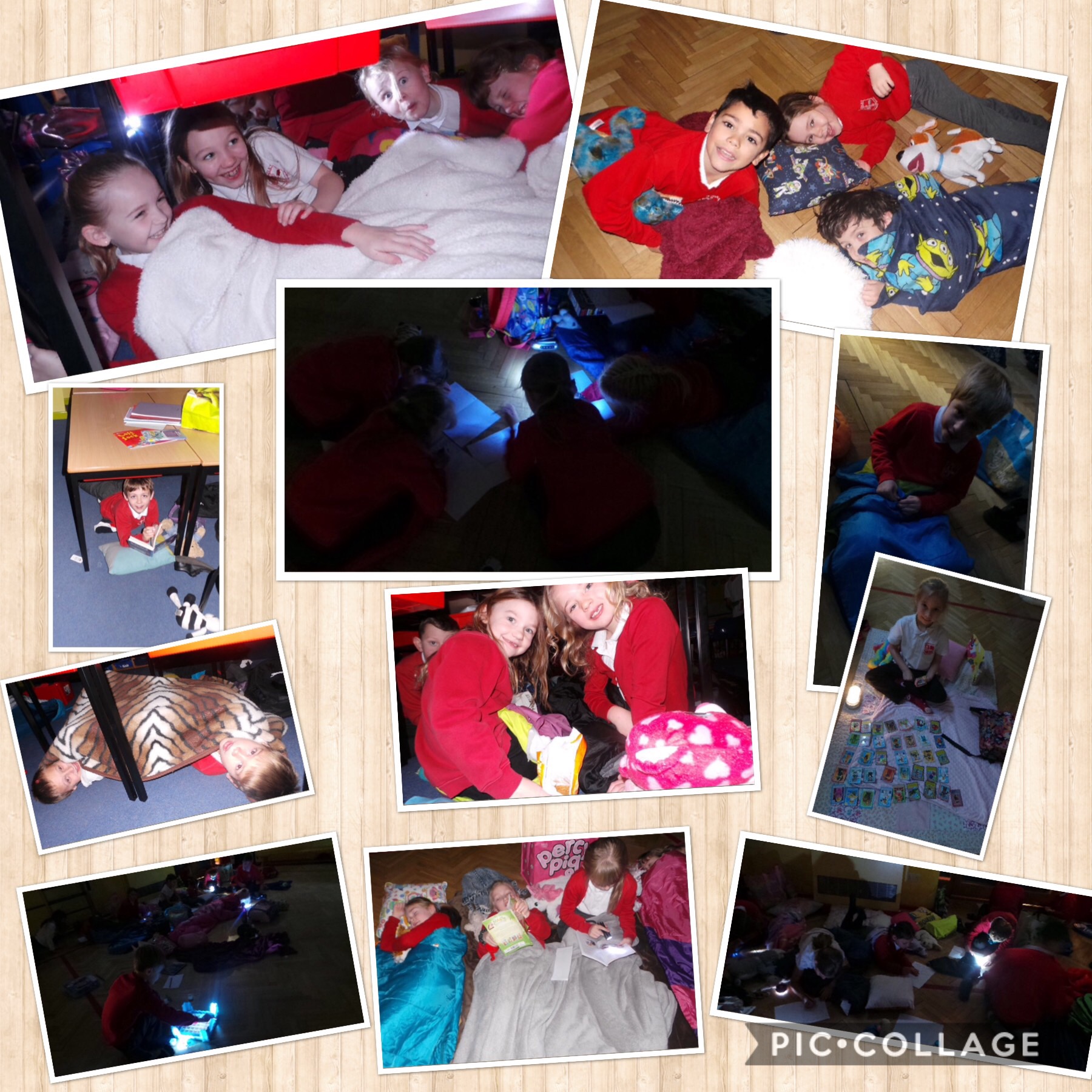 When I Grow Up... Week’
Years 3 and 4 enjoyed a chance of pace when they welcomed Emma Caddick from Santosha Yoga and Wellbeing Worcestershire into school. In a week which focused on aspirations and plans for the future, it was important to remind the children about the importance of wellbeing and taking time to reflect and relax. 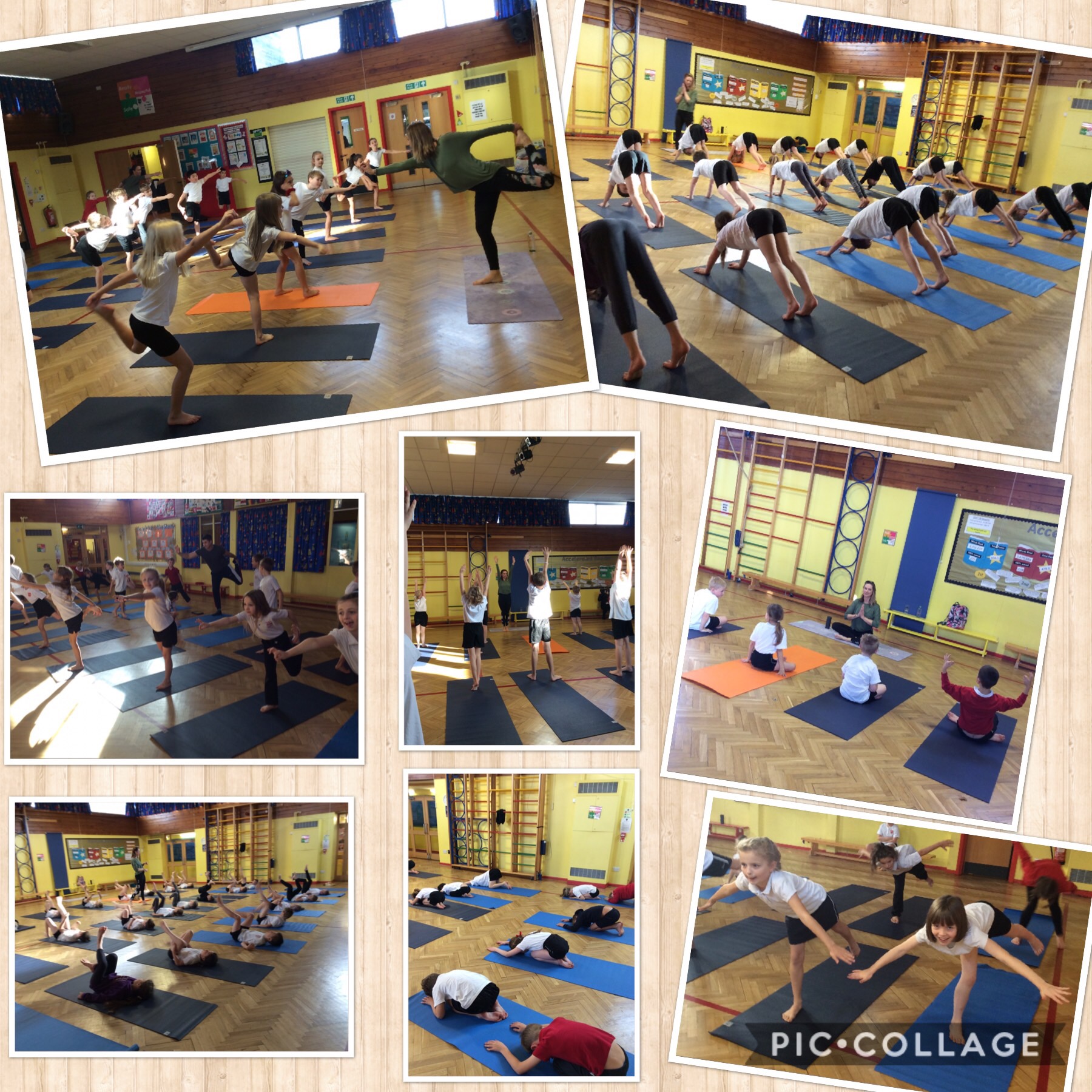 Children from Years Three and Four were honoured to take part in today’s Bewdley Festival Service at St. Anne’s Church, which marks the end of this year’s Bewdley Festival. The children have been rehearsing for the last few weeks with local composer Jim Ineson, following their invitation to sing with the fantastic Bewdley Festival Voices during the service. Well done to everyone who took part - the singing from the combined choirs was absolutely incredible. What a great opportunity for our pupils!

Today, Dahl class had a great afternoon learning more about Braille. Finnley was an incredible teacher as he helped his classmates to find out more about the Perkins Brailler, a type of Braille typewriter, and Lego Braille. They then worked together to crack the Braille codes and find the answers! 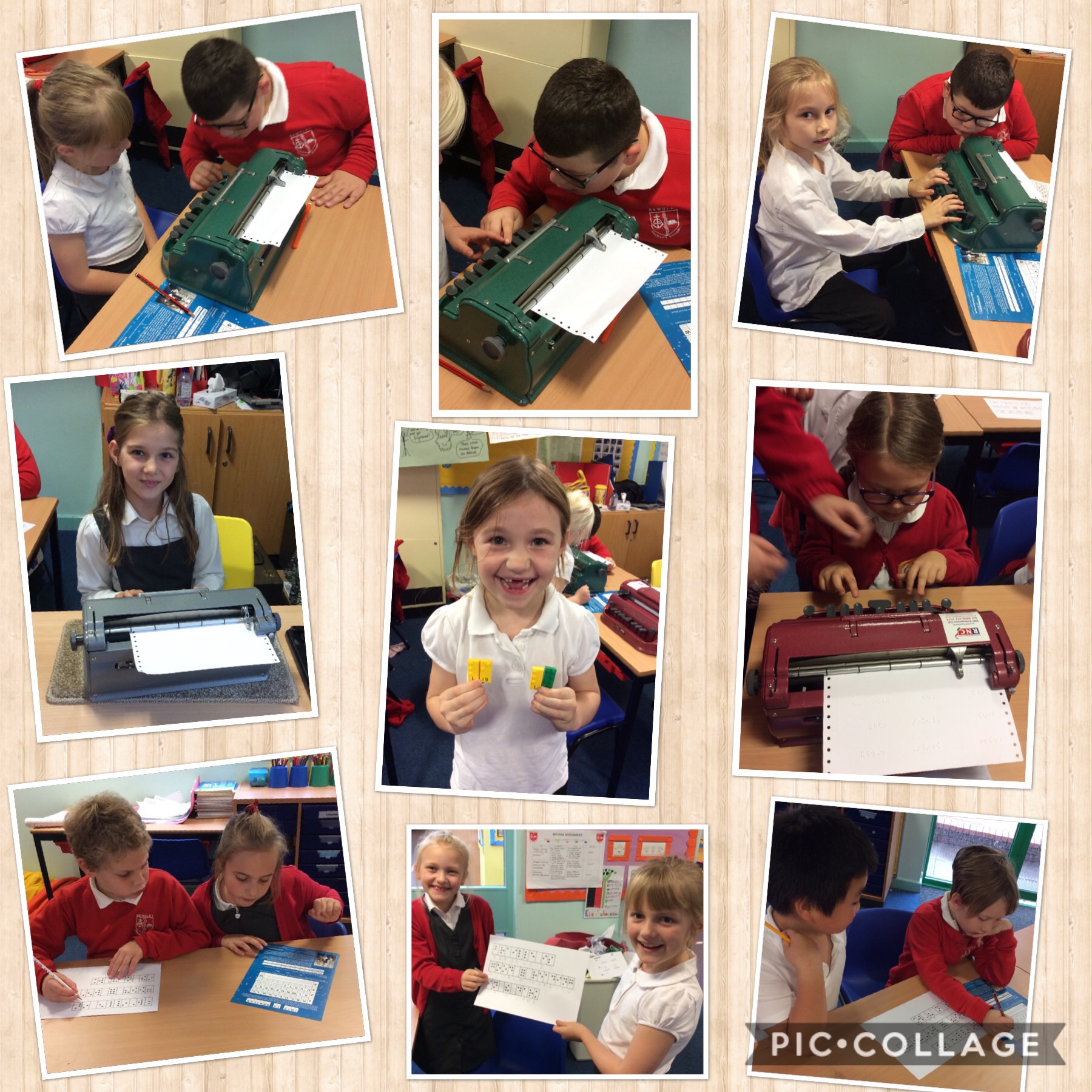 Wilson class had a great day creating their Viking collages and the results were spectacular! Using a variety of resources including watercolour paints and coloured pencils, the children learnt a variety of sketching and shading techniques to create stunning pieces of art. 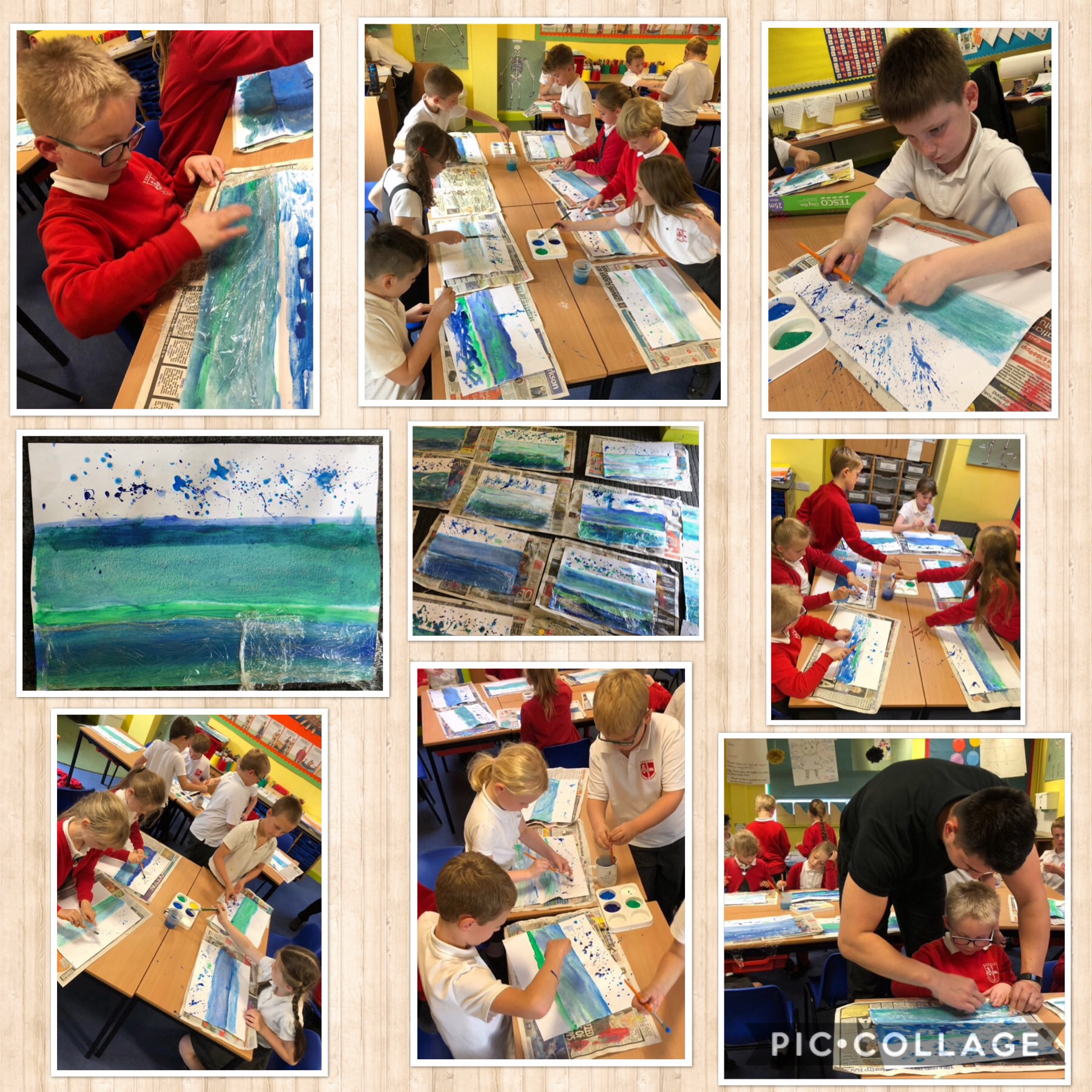 Dahl's Trip to the Safari Park

As the official partner school for West Midland's Safari Park, we are often invited to try out their new educational activities and exhibits. This time is was the children in Dahl class who were lucky enough to spend the day in their new outdoor classrooms. As you can see from the pictures, the children had a great time interacting with the mini-beasts they'd been learning about in the sessions. 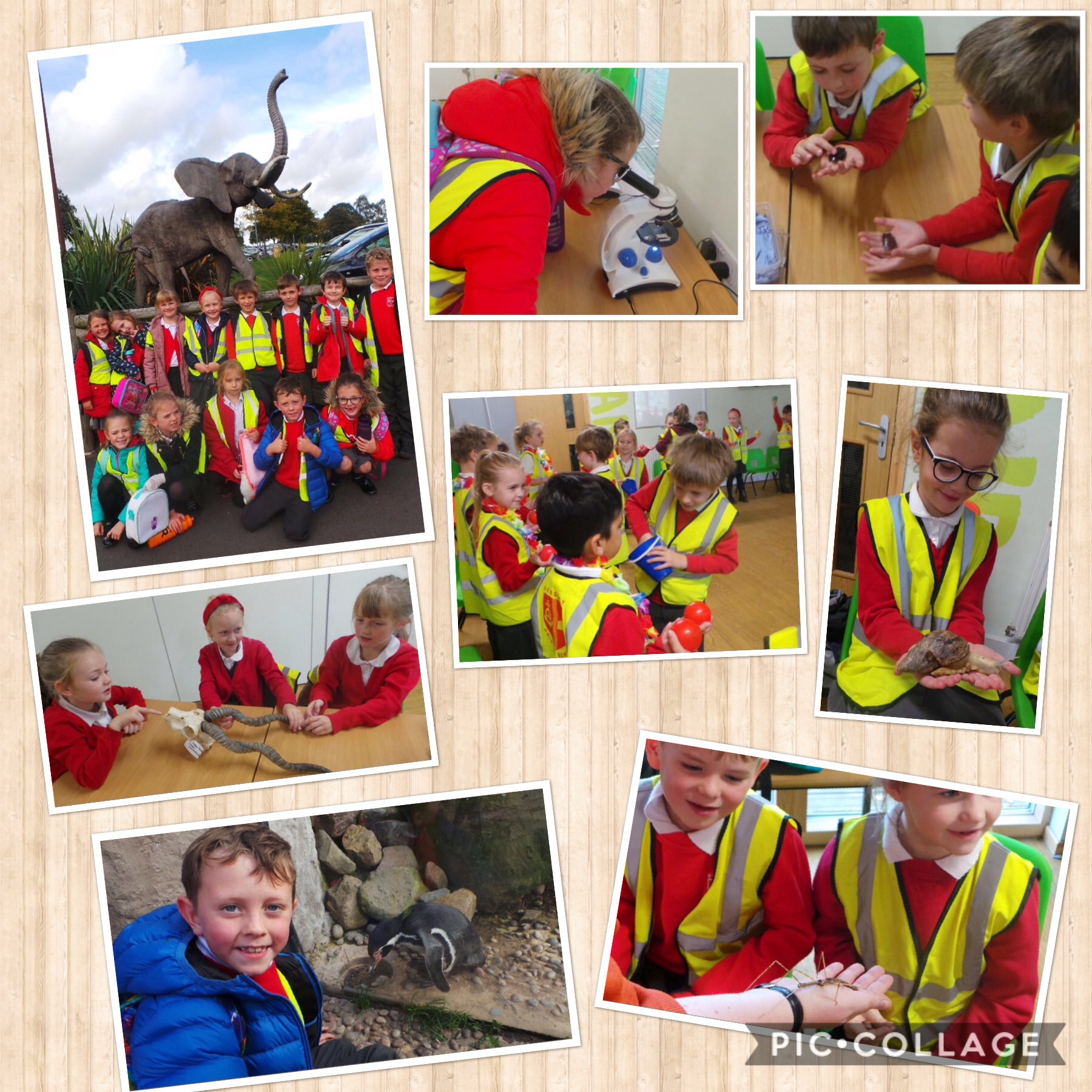 It was an incredible, action-packed day for Year Three, who absolutely loved their Viking Experience! Their guide for the day, Olaf, taught them all about trading, raiding and invading as well as recreating a sea voyage from Norway to England, followed by a battle between the Vikings and Anglo Saxons - certainly not your average Thursday!

Ten LKS2 pupils represented BPS at a Tri-Golf Festival on Friday at Bewdley Leisure Centre on Friday. With the help of Sports Leaders from The Bewdley School, the children took part in a variety of fun, energetic golf games and worked really well together as a team. 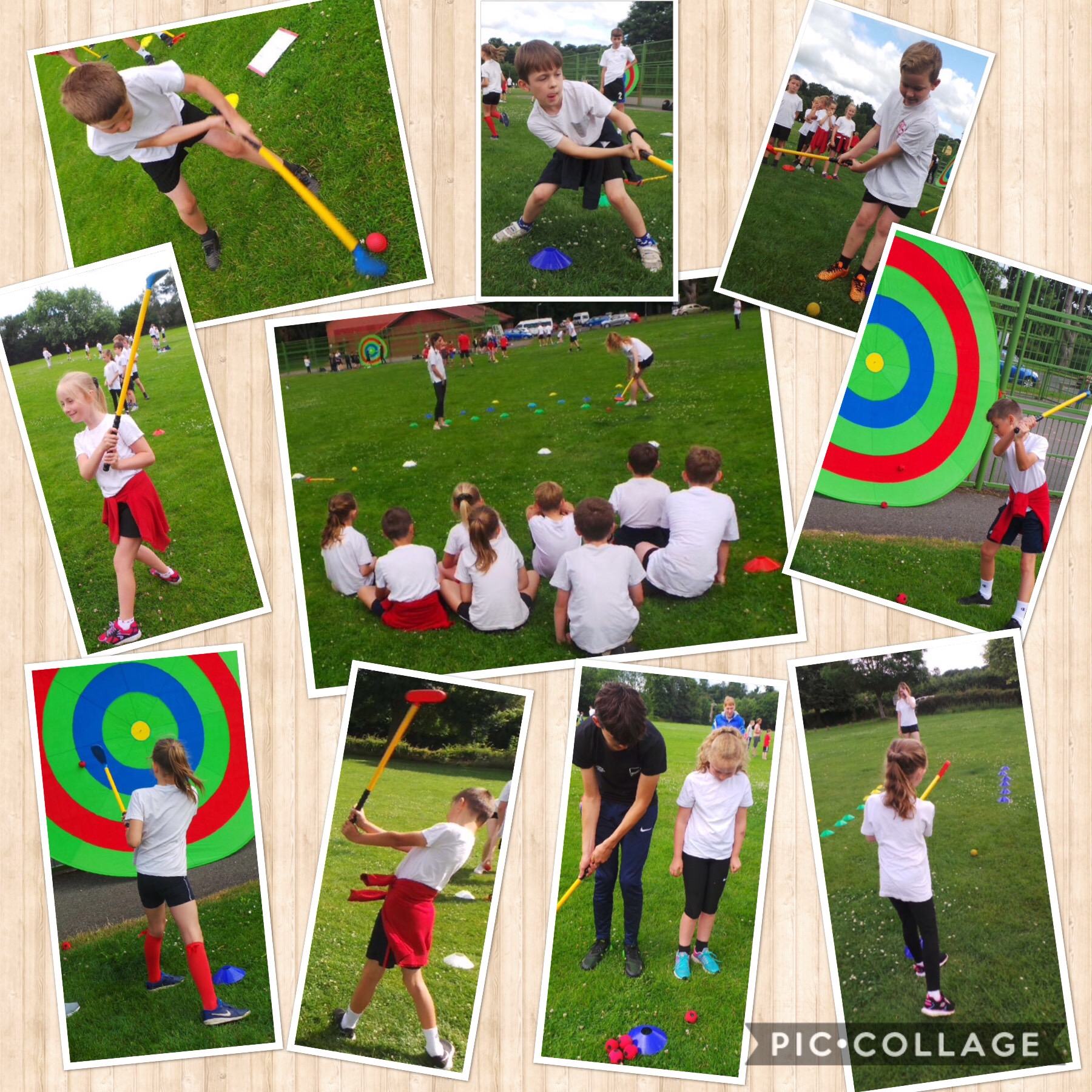 LKS2 visited Blist Hill Victorian town to experience what life would have been like in Victorian times. The children and staff enjoyed going back in time to see what poor and wealthy homes were like, experience a lesson in a Victorian school and complete a candle dipping activity. The children visited the bank to exchange their £3 spending money for old Victorian pennies and farthings.  It was really fun browsing the wide range of shops and seeing what their money would buy - although most money was spent in the sweet shop and bakery! Everyone looked fabulous in their Victorian costumes and it was a pleasure to receive lots of positive comments from the museum staff about the children’s enthusiasm and behaviour. Once again, a credit to BPS! 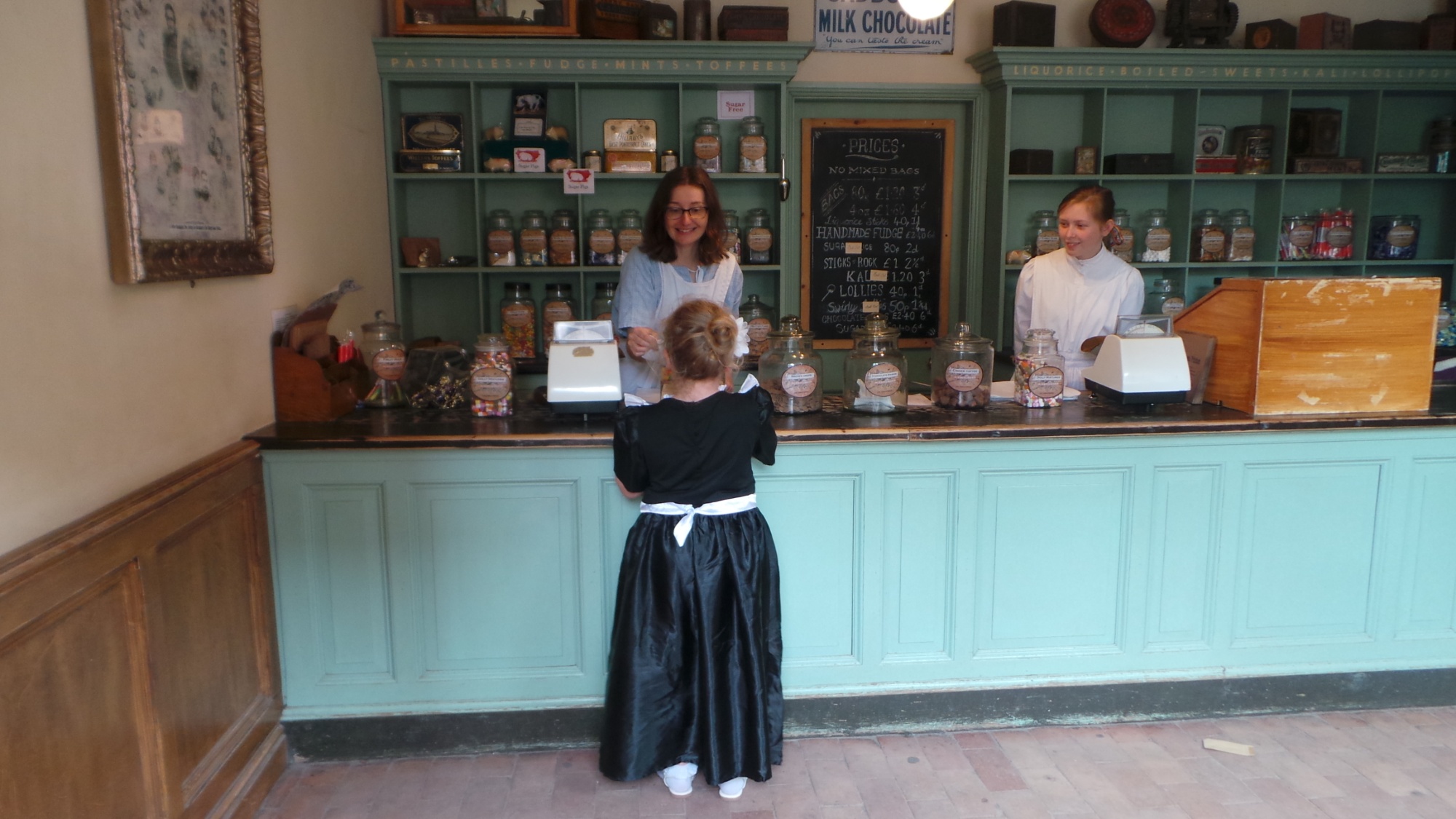 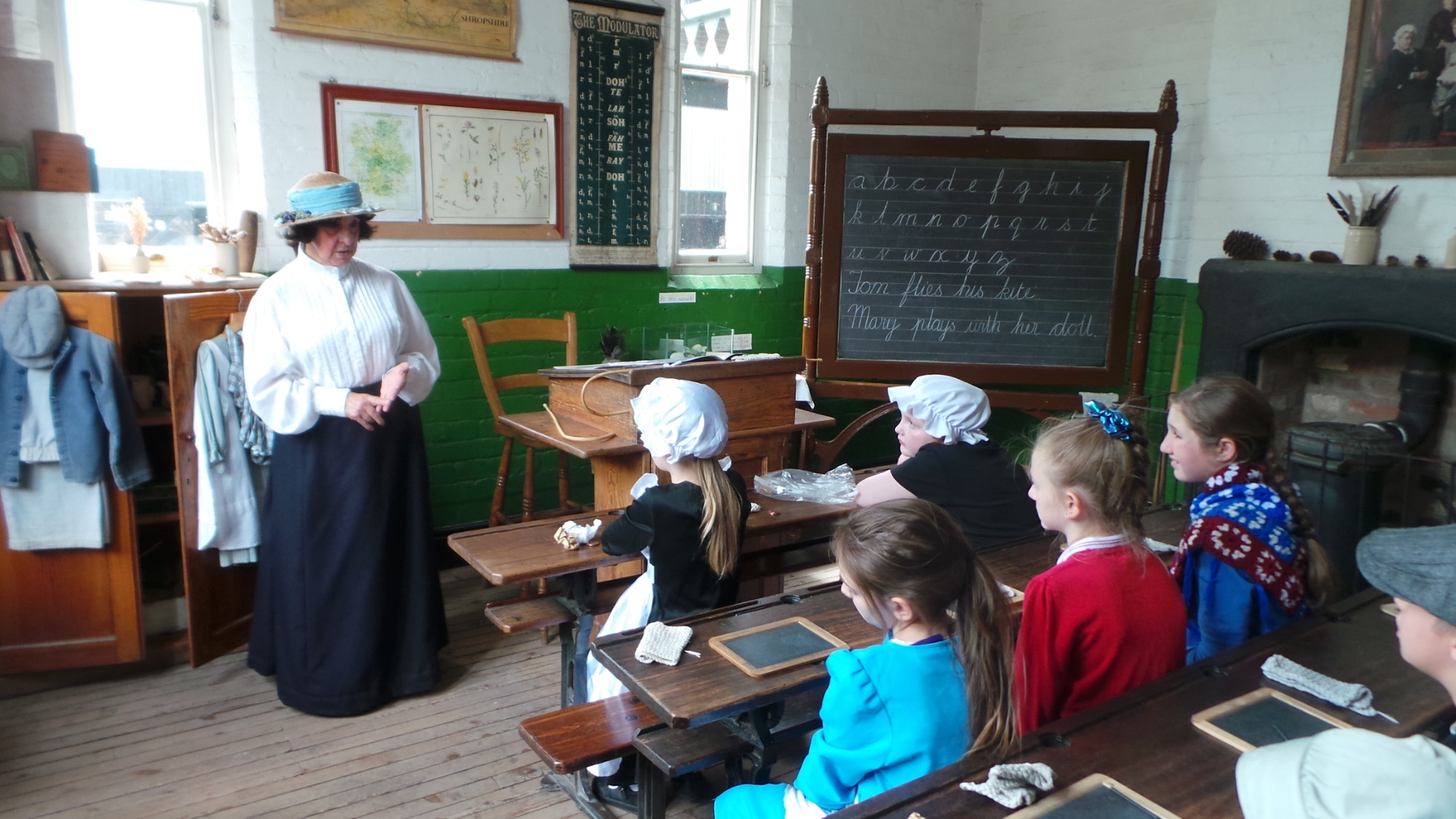 LKS2 had a great afternoon using the parachute for their PE lesson. The best part was creating a mushroom. Great team building skills. 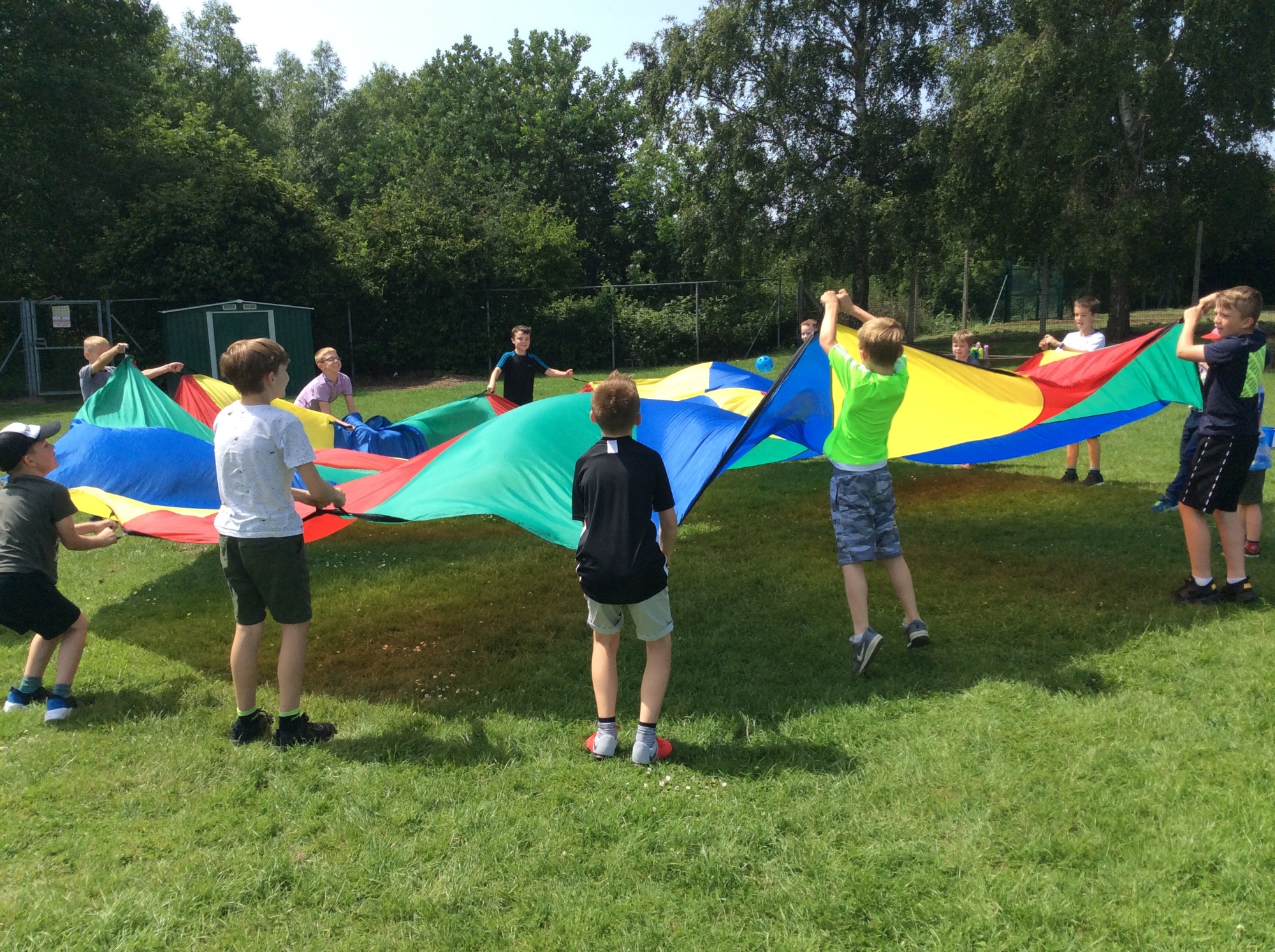 LKS2 reading end of the day story in the sun.

We took part in a range of new experiences and learned some acquired some great new skills during our Woodland Wonder topic. Whilst on our trip to the Wyre Forest, we enjoyed using our map skills to complete an orienteering activity as well as identifying a range of creatures whilst pond dipping and bug hunting. We loved getting a close up look at some of the creatures we found especially the toad in the pond and the frog under the log! We are in the process of finishing off our bug hotels and look forward to posting them on here when they are complete. 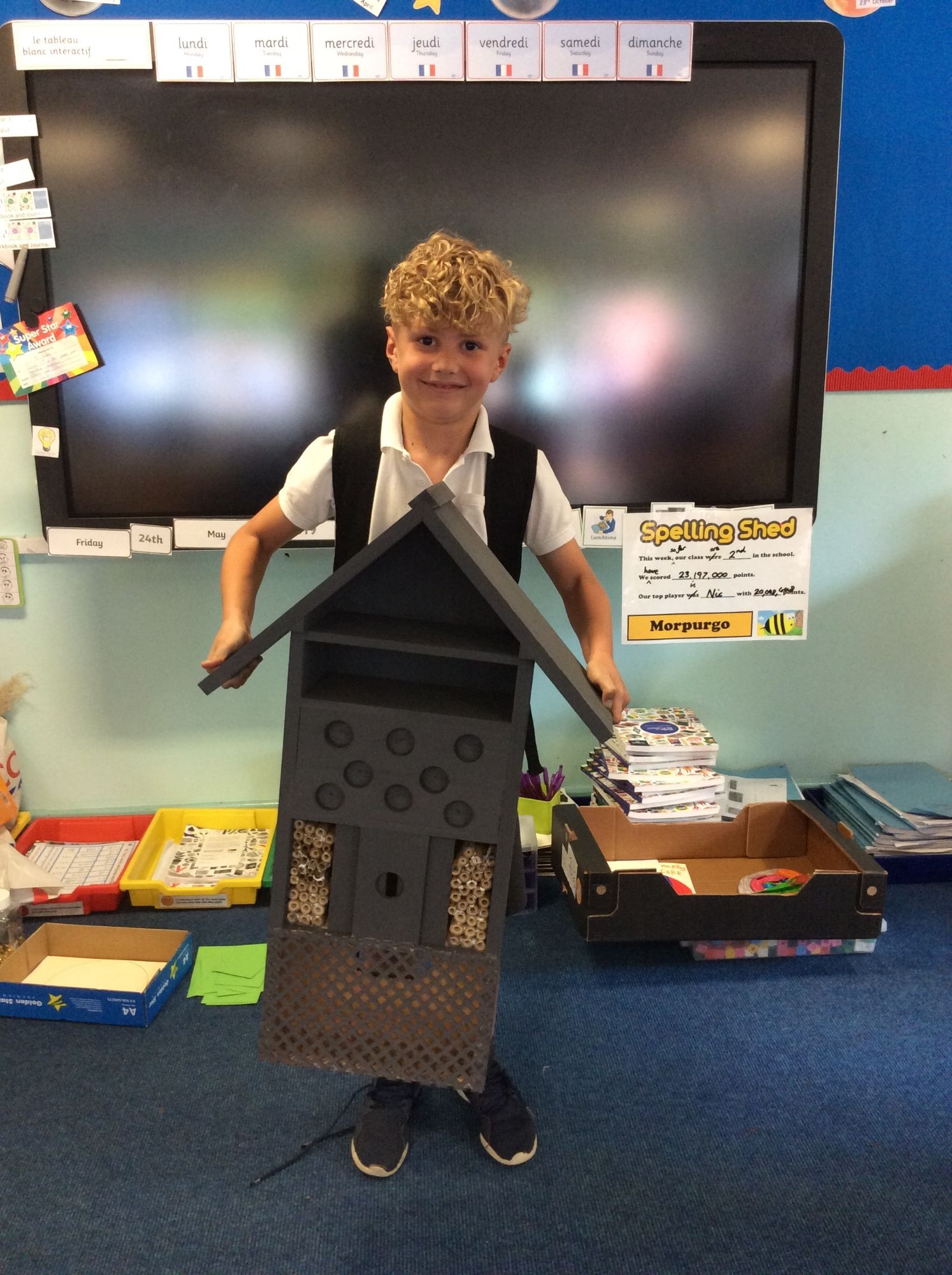 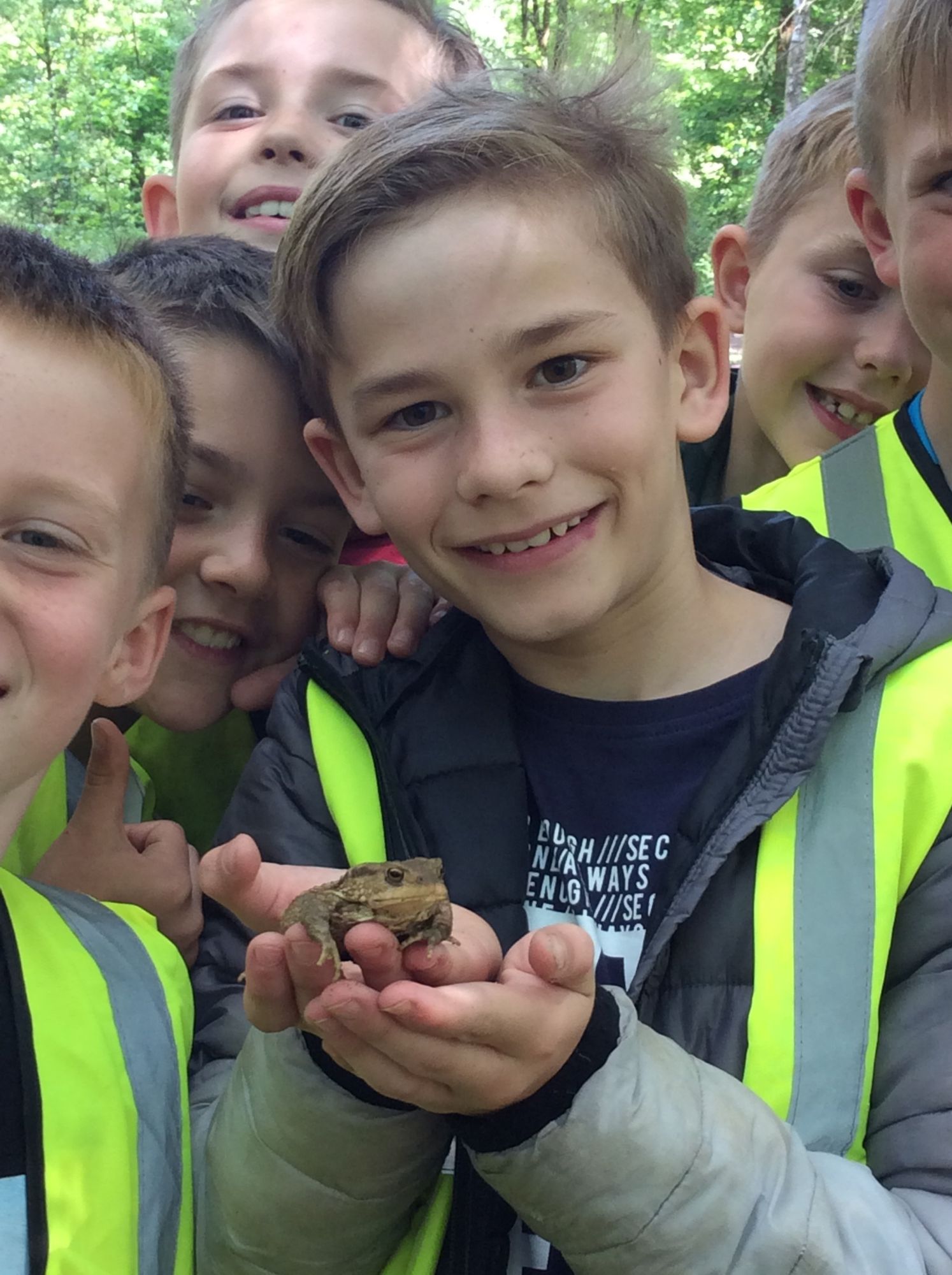 LKS2 spent the whole of their last sequence of learning immersed in the Art World. Whether they were observing, creating, designing or reviewing the children’s work was heavily influenced by the work of a range of famous artists but in particular that of Andy Warhol, Vincent van Gogh and LS Lowry. Within Art lessons themselves, the children have improved in a range of skills in attempting to recreate famous pieces of Art such as “Sunflowers” and “Starry Night” by Vincent van Gogh and “Going to Work” by LS Lowry. 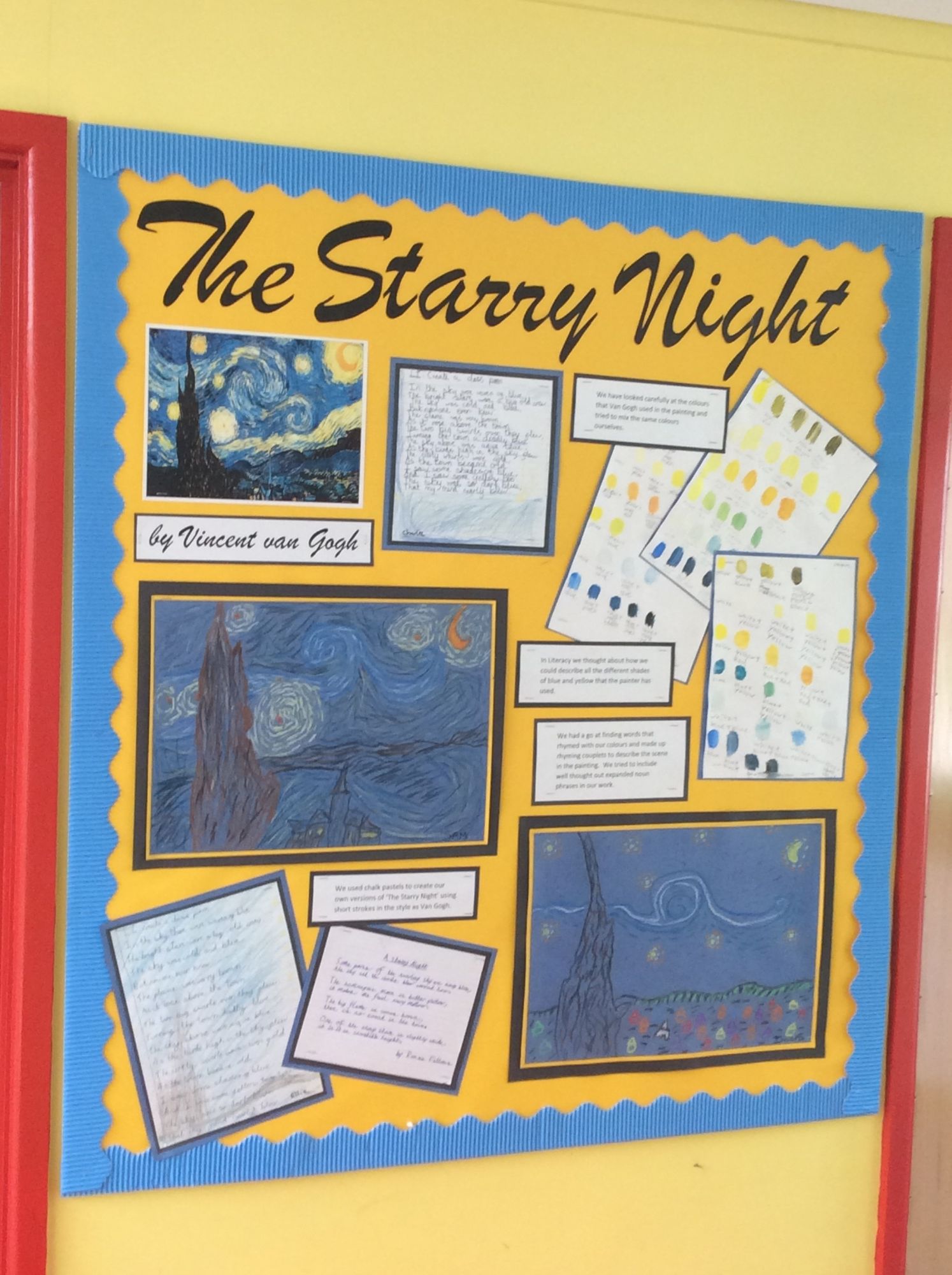 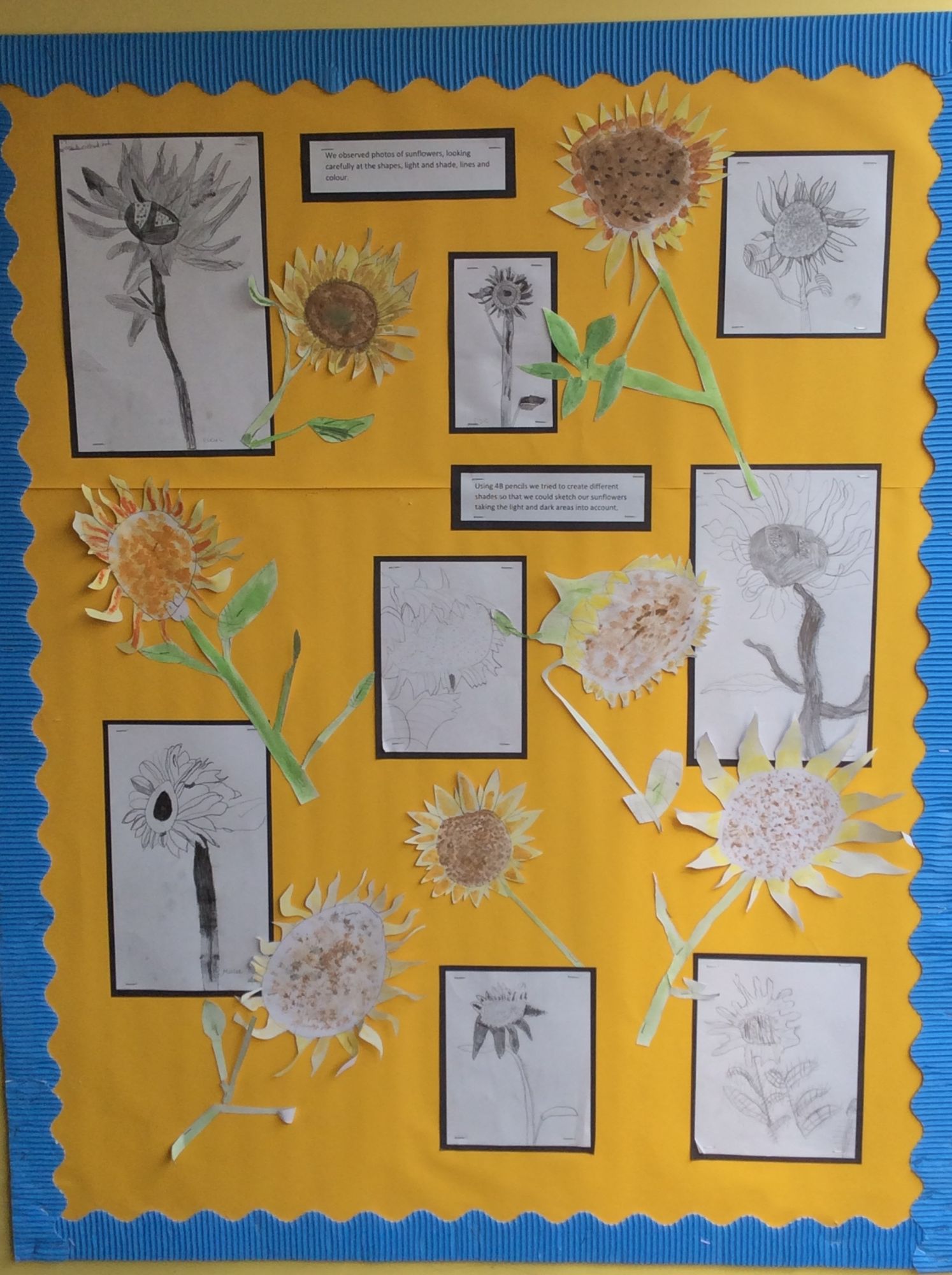