This page will contain details of our Times Table Champions

Congratulations to James from Bond, Poppy from Blyton and Josh from Carroll who are this term's Times Table Champions! The battles were fierce this week and the children had to work hard for their wins. The reward was worth it though: a whole class treat on a bouncy castle after the Easter holidays!

Well done to everyone who took part and good luck for next term. In the first week back, Years 1 and 2 will be back on the 2s, Years 3 and 4 will be learning their 6s and Years 5 and 5 are fine-tuning their 7s! 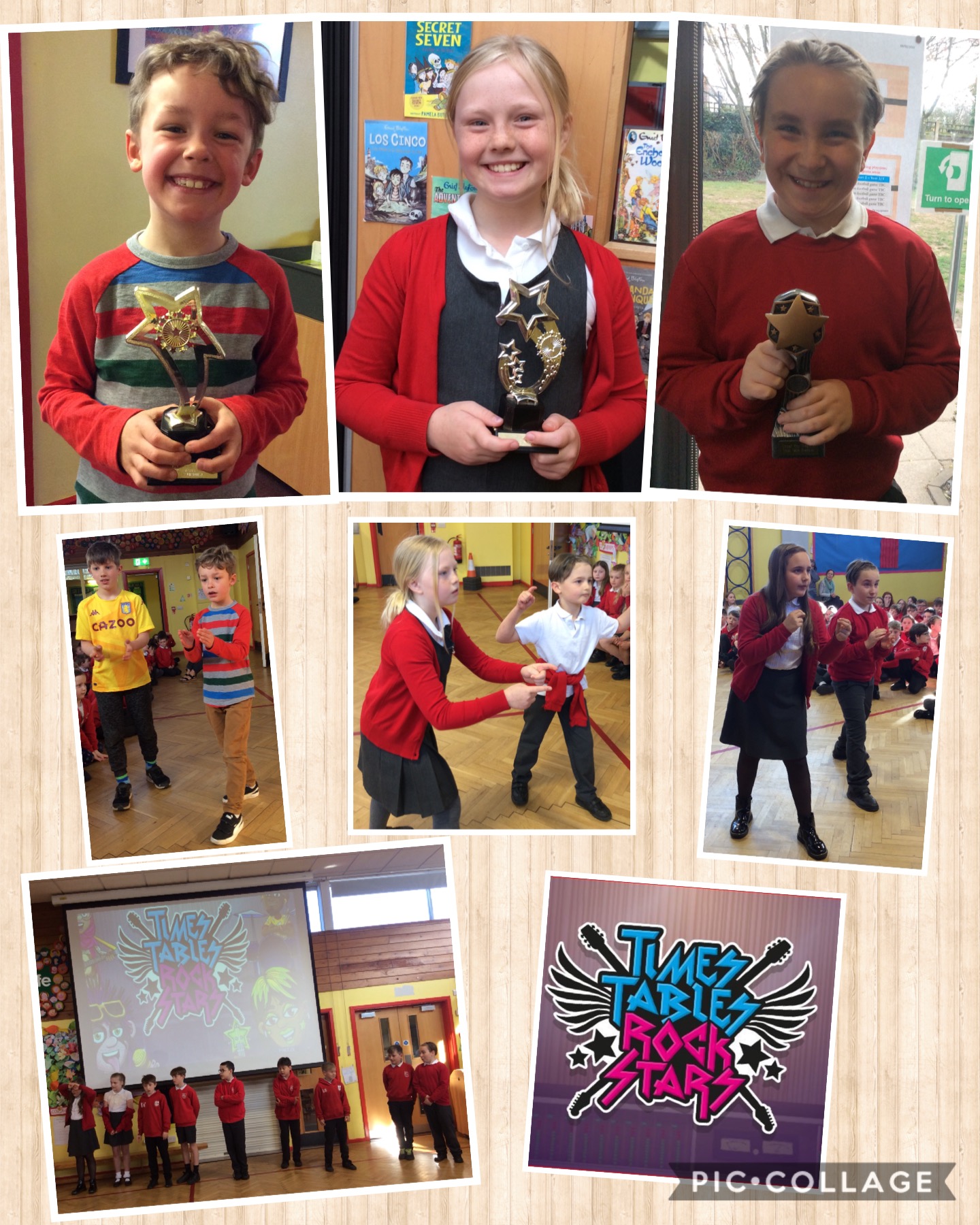 Congratulations to all the children who competed in the Times Table Championship this week. It was fabulous to see so many new faces standing up to represent their classes. Special mentions go to Dylan from Milne, Poppy from Dahl and Rueben from Lewis who will all take their place on Winners Row at the end of term to try to win the grand finale! 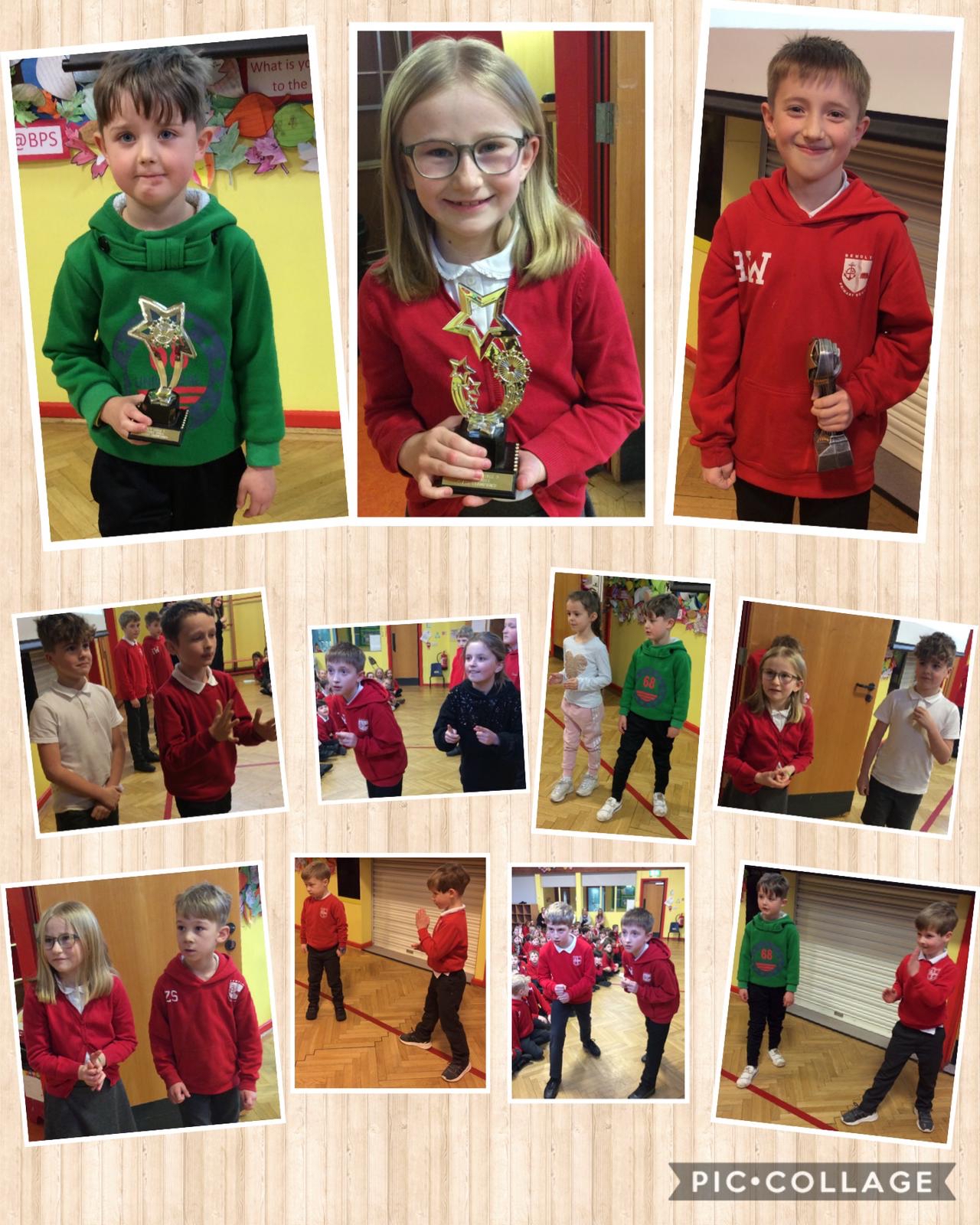 Our Times Table Championship were a little unusual, as Fantastic Mr Fox, Matilda and Harry Potter all competed for this week's trophy! Congratulations to Maria from Bond, Regan from Dahl and Leo from Blackman who were undefeated this week and will therefore take their place on Winners Row at the end of the term. 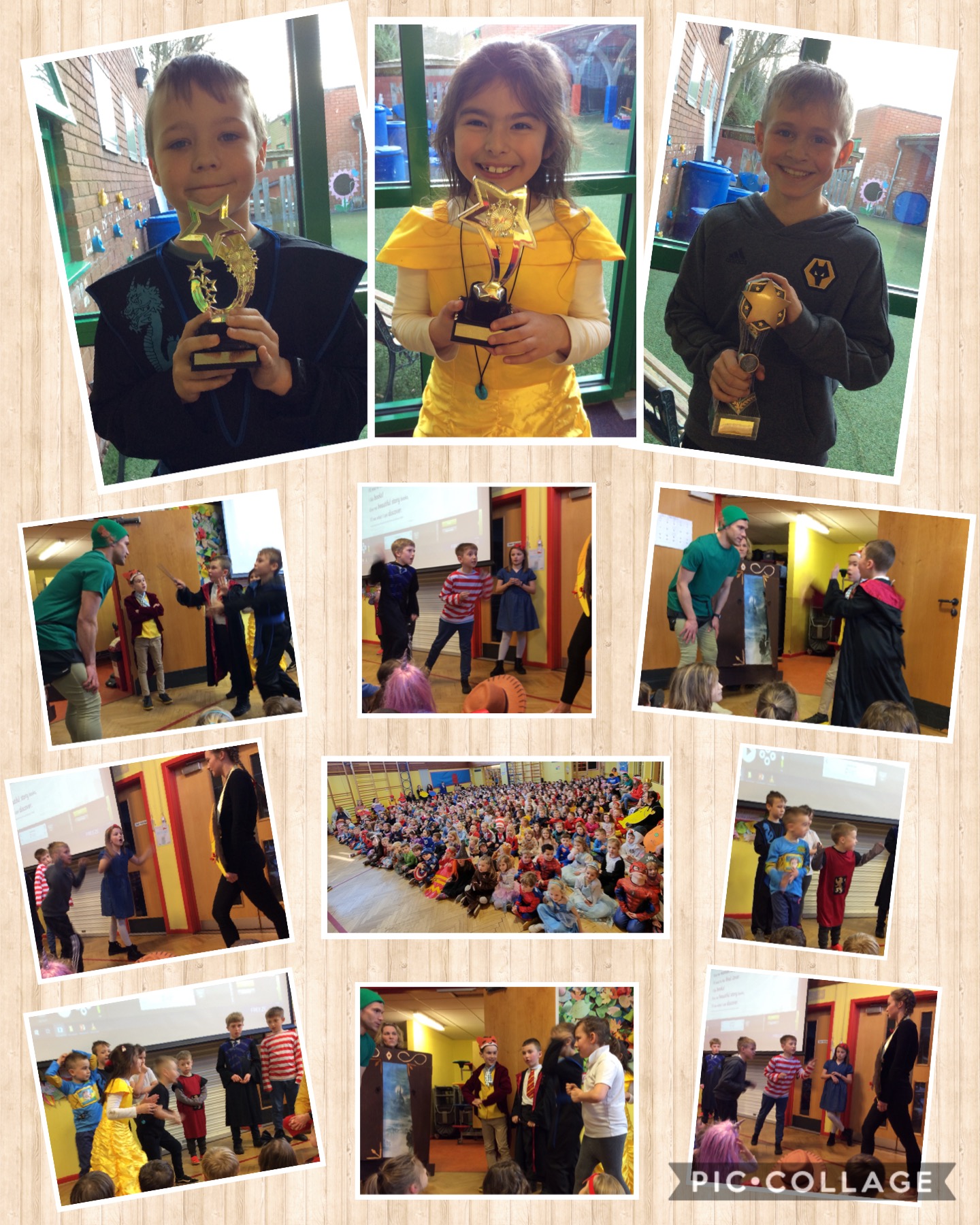 We had even more times table triumphs today as we held our last competition of half term! Congratulations to Ted from Milne, Ellie from Blyton and Josh from Carroll who were our champions for this week and will take their places on Winners Row at the end of next half term! 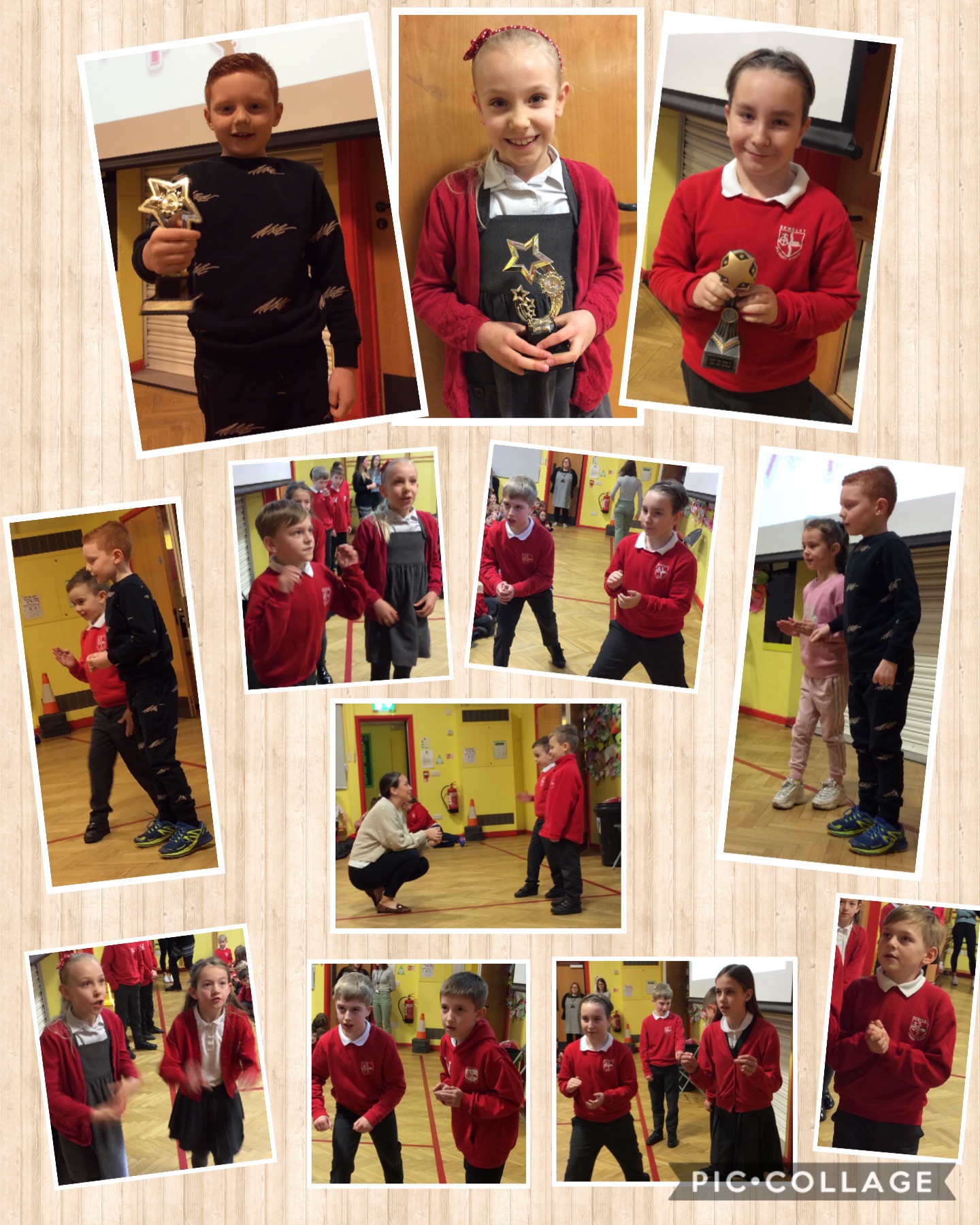 It was lovely to see lots of fresh faces in last week's Times Table Championship - it's fantastic to see so many of our children being so confident with their multiplication facts. Congratulations to Jessica from Bond, Miciah from Potter and James from Carroll who won their key stage competitions in style! 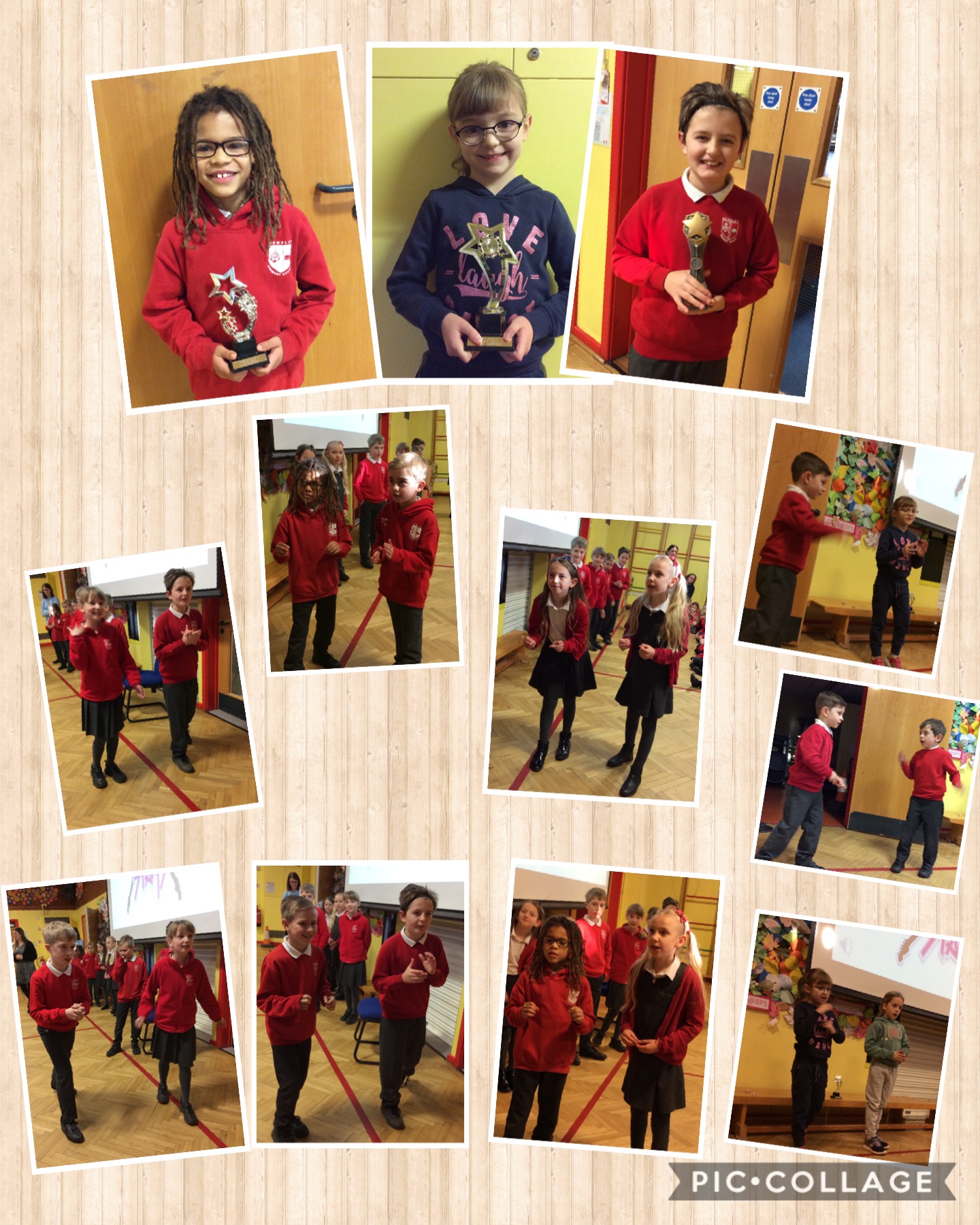 Three brand-new times table champions were crowned this week, following a hard-fought multiplication battle! Congratulations to Heath from Bond, Josh from Blyton and Nic from Blackman who have all earned a place in the grand finale. 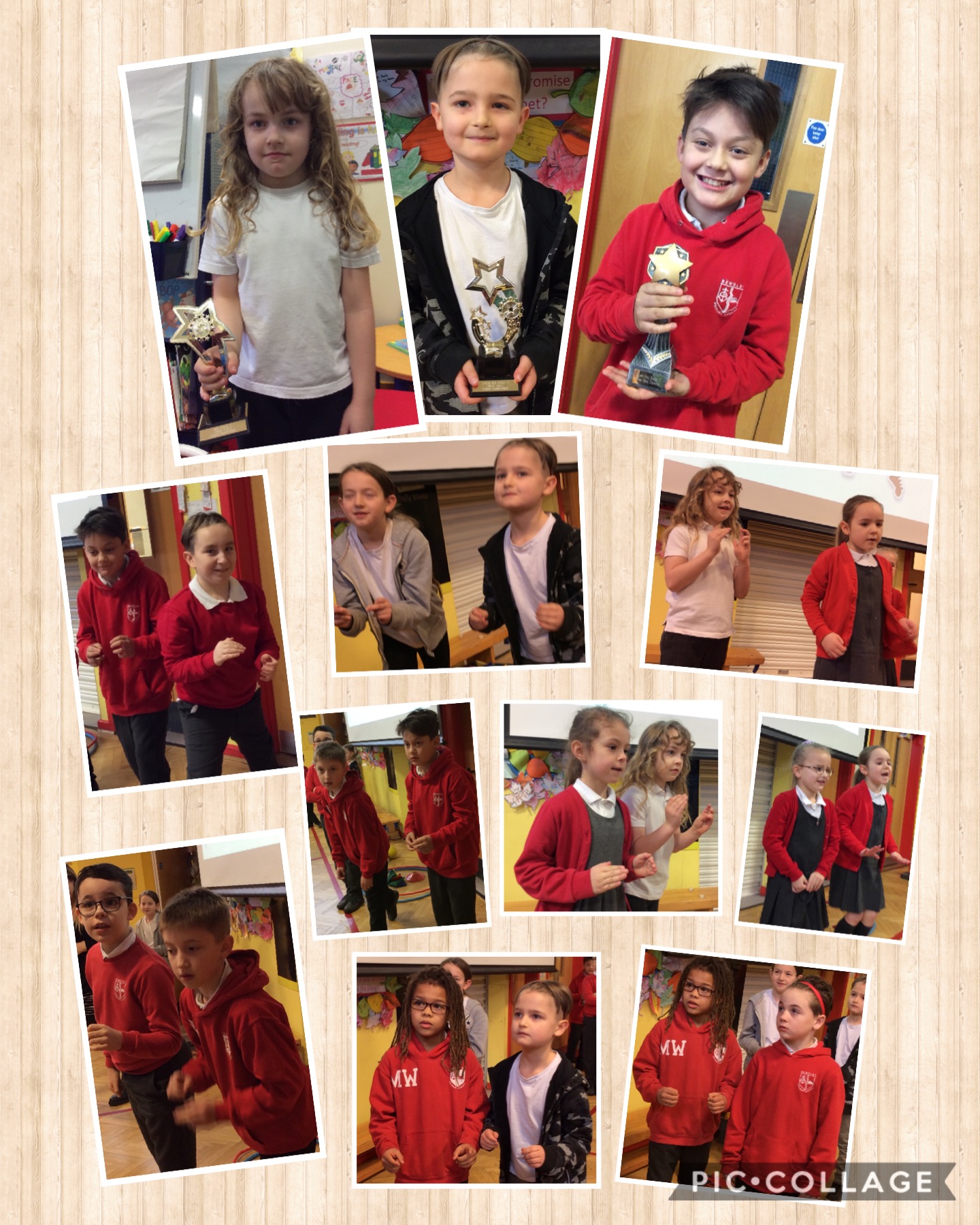 Congratulations to this week's times table champions who battled hard to become key stage champions. Well done to Jamie from Milne, Jonah from Dahl and Lily-Mae from Lewis who will go through to represent their class the final at the end of term! 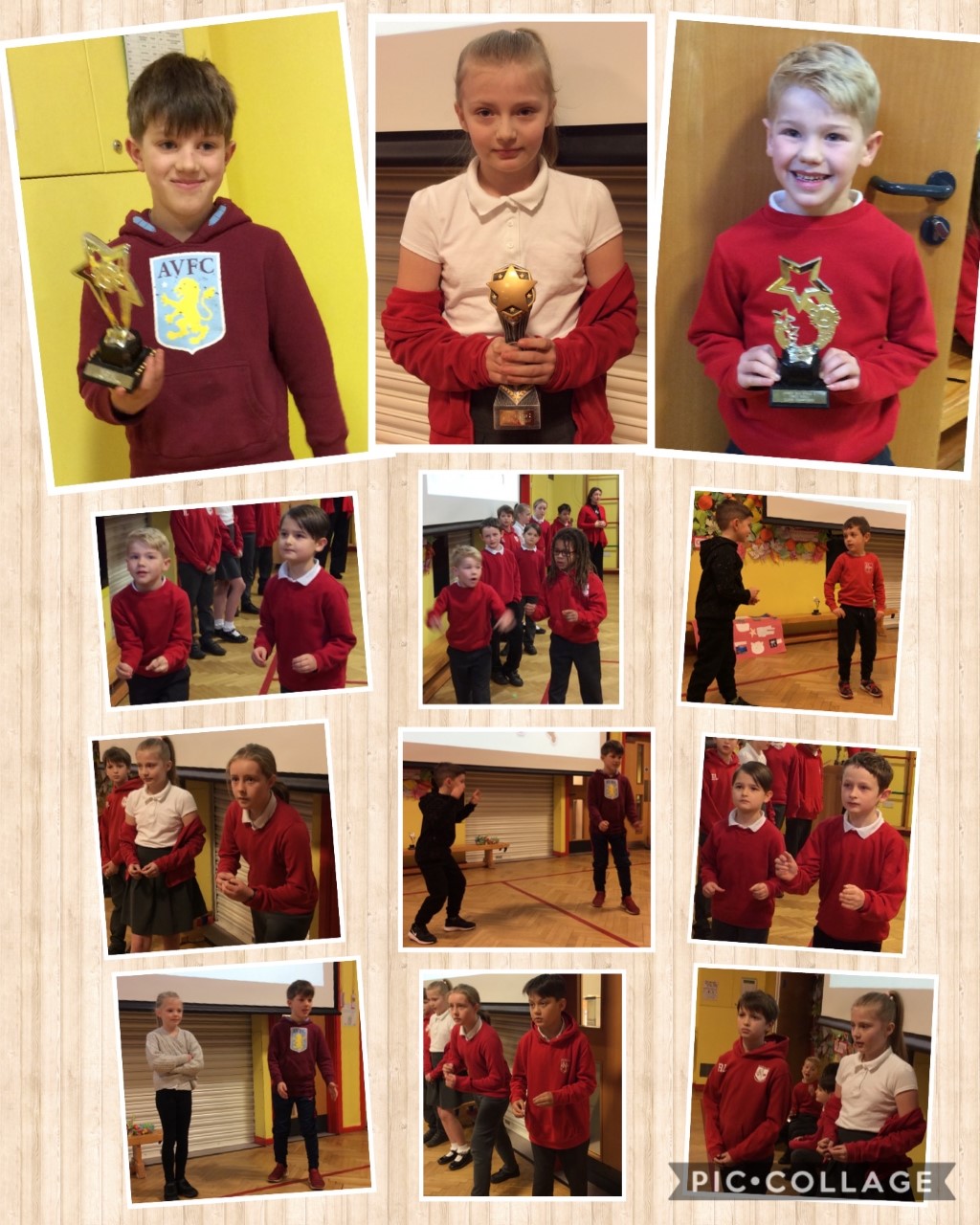 We had another terrifically tense times table tournament today with three new key stage champions progressing through to Winners Row at the end of term. Congratulations to everyone who took part and represented their class - particularly James from Bond, Poppy from Blyton and Mia from Lewis who are all keeping the trophies safe this week! 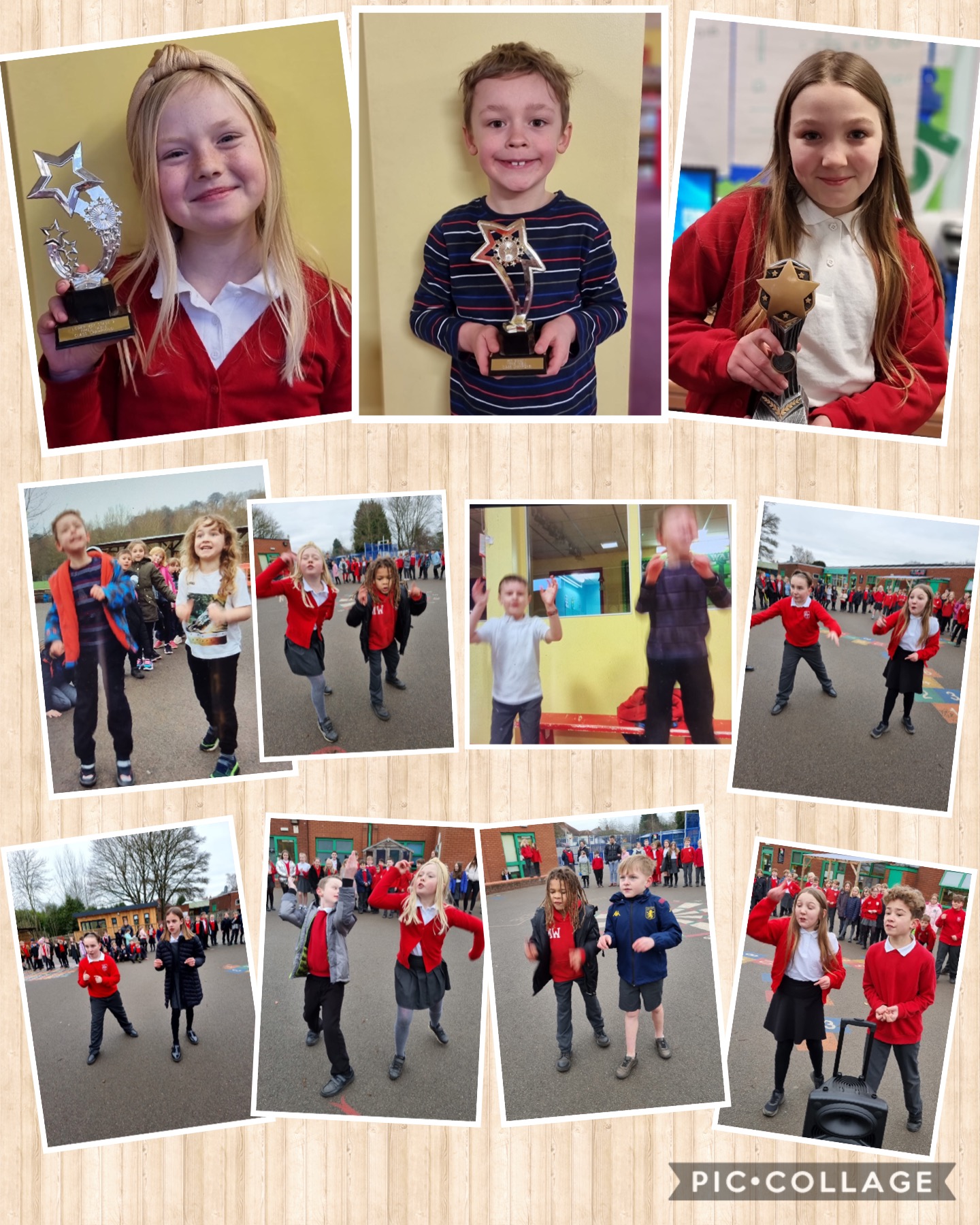 Congratulations to Willow from Bond, Bailey from Potter and Tegan from Blackman who are the first key stage champions of 2022! Well done to everyone who took part, particularly those in key stage two who braved the cold to compete on the playground this morning as the hall wasn't available! 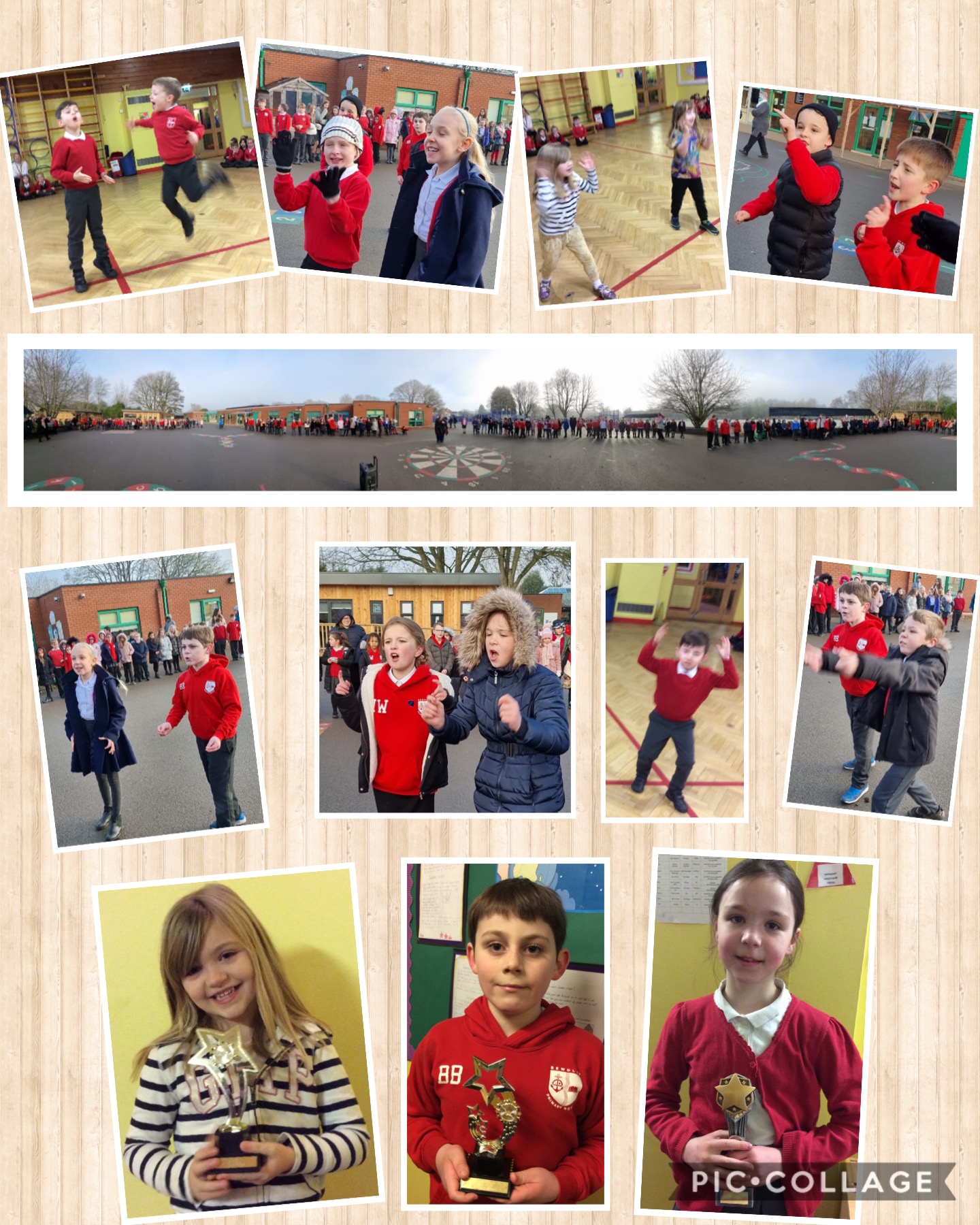 We've started the Spring Term with a bang and this morning we held our Winners Row Times Table Championship Final! All of the children who became the weekly times table champion in the Autumn Term battled against each other to be crowned champion. Congratulations to Jamie from Milne, Riley from Morpurgo and Tegan from Blackman who all won trophies and a fantastic prize to share with their class! 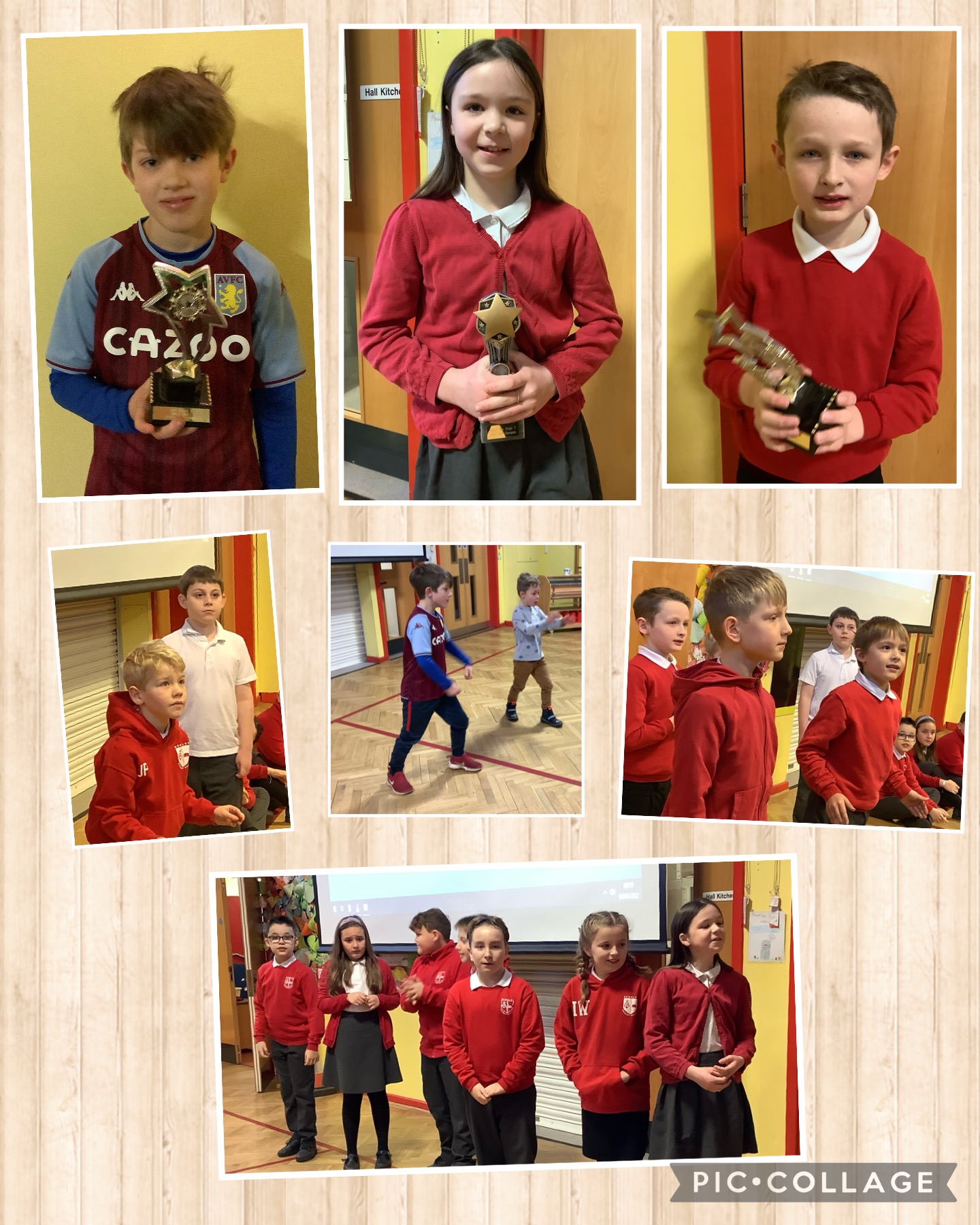