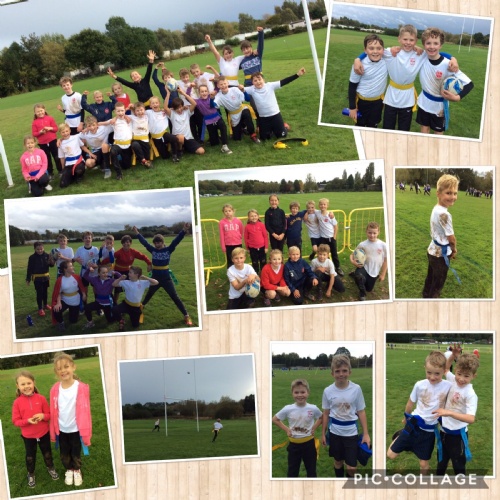 Our Year 3/4 and a Year 5/6 rugby teams had a fantastic time at Stourport Rugby Club today as part of Stourport Tag Rugby Festival.

Although the weather was certainly against them, they didn’t let it dampen their spirits. Both teams finished second in their age group and then both teams drew 2-2 in the final! All of the children were great representatives for the school but Sam from Rowling and Luke from Blyton were named as Bewdley Primary’s players of the tournament.